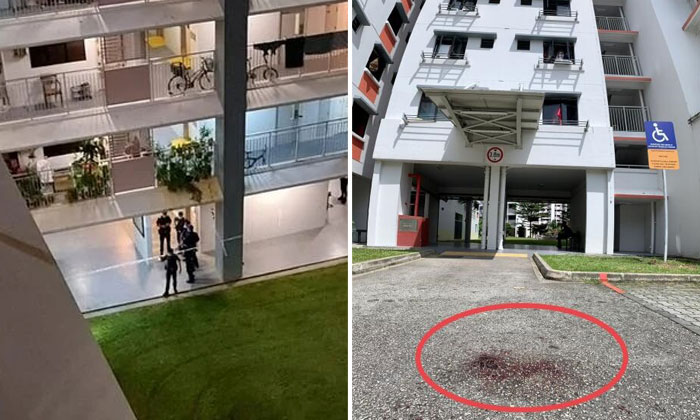 A 19-year-old man was arrested after attacking a friend in a fight at Block 210A Bukit Batok Street 21 in the early hours of Thursday morning (Aug 5).

The police told Stomp they were alerted to the incident at 12.01am.

A 31-year-old man was conscious when taken to the hospital, a police spokesman said.

The 19-year-old man was arrested for voluntarily causing grievous hurt by dangerous weapon.

According to Shin Min Daily News, the younger man was allegedly drunk when he attacked his friend with a kitchen knife.

He purportedly slashed the other man three times on the head, waist and chest.

The victim reportedly sat on the floor while a lady cried at his side.

A witness told the Chinese daily that the 19-year-old ran home following the attack.

However, he was later arrested by the police.

Reporters noticed a trail of blood about 10 metres long at the scene of the crime.