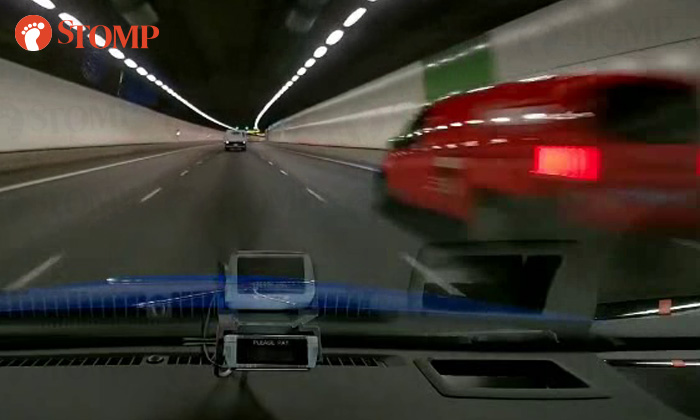 A lorry and a red van were spotted speeding along the Kallang-Paya Lebar Expressway (KPE) tunnel towards Tampines Expressway (TPE) at about 12pm on Sep 10.

Their actions were caught on camera by Stomper Han, who was travelling towards Pasir Ris at the time.

The video shows a lorry speeding on the first lane of the tunnel before filtering left into the second lane.

A red van then appeared a few seconds later, similarly speeding on the rightmost lane of the tunnel.

The video was shot from the point-of-view of the front and rear of the Stomper's car.

Stomper Han was shocked when he saw the two heavy vehicles travelling very fast in the tunnel.

"As far as I know, heavy vehicles are supposed to keep on the third lane of expressways," he said to Stomp in a phone interview.

"From the video, you can see the lorry and the van are speeding on the first lane."