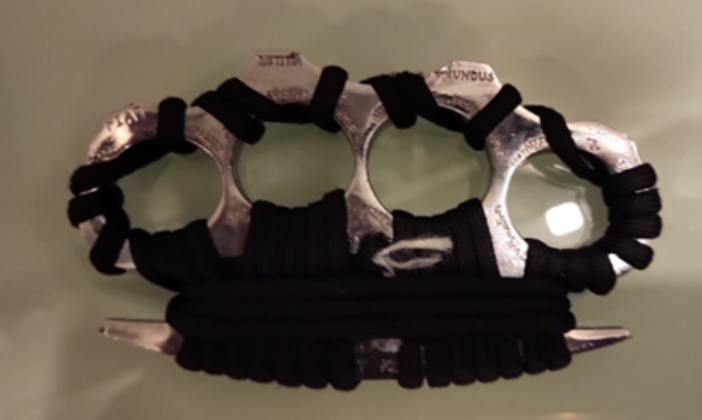 An arrested teen was found with a knuckleduster and without a valid driving licence after he allegedly evaded a roadblock early Thursday morning (Sept 22).

Officers from Woodlands Police Division were conducting a roadblock along Sembawang Road at about 3.30am when they directed a car to stop for vehicular checks.

The car allegedly failed to stop, reversed, and sped off.

Through ground enquiries and with the aid of images from CCTV and police cameras, police established the identity of the 19-year-old driver and arrested him within 18 hours of the incident.

Preliminary investigations revealed that he was in possession of a scheduled weapon and driving a motor vehicle without a valid driving licence.

His urine also purportedly tested positive for controlled drugs and he will be referred to the Central Narcotics Bureau for further investigations.

He was to be charged in court on Sept 24 with evasion of a roadblock and possession of a scheduled weapon.

The police conduct roadblocks to deter and detect crimes. You are advised to cooperate with police officers when approached during roadblocks.