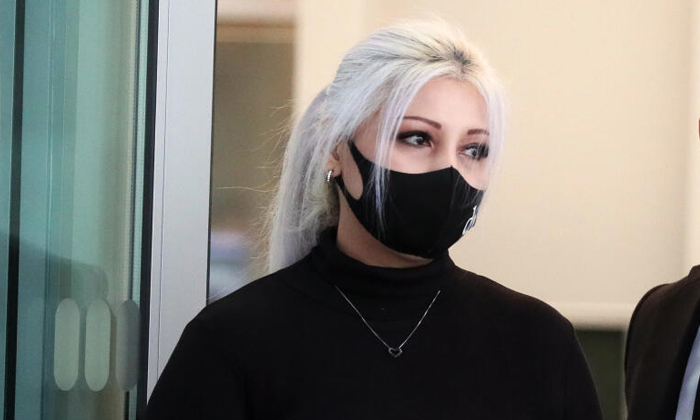 A woman who opened multiple bank accounts in Singapore that were used to receive more than $1 million in criminal proceeds was sentenced to 2½ years' jail on Tuesday (Nov 23).

Annee Foong, now 48, committed the offences after receiving instructions from a man who called himself Steve Williams whom she had met on social networking platform Badoo in July 2016.

She pleaded guilty in October this year to seven counts of allowing bank accounts belonging to her and her daughter to receive nearly $690,000 in ill-gotten gains. Another 38 charges linked to the remaining amount were considered during sentencing.

The Singaporean had also admitted that in October 2016 she carried cash totalling $105,500 on one occasion and $76,500 on another from Singapore to Johor Baru, where she handed the money to Williams' secretary.

Foong's actions were unlawful as the prescribed limit for taking cash out of Singapore under the law is $20,000.

The court heard that Williams had claimed to be an engineer, and started communicating regularly with Foong using a British mobile phone number.

After asking Foong for the numbers of her bank accounts, he transferred an unstated amount into them and asked her to remit the monies to his secretary, a woman called "Tina Razak".

Deputy Public Prosecutor Eric Hu had earlier said: "He also instructed (Foong) to use the remaining monies to open several bank accounts for him and deposit the monies in various bank accounts."

The bank accounts were used to receive monies from victims of cheating.

Three of them, based in Singapore, were duped into transferring more than $200,000 into the bank accounts in 2016.

One of them, a 48-year-old woman had got to know a man who called himself "Christopher Chung" on an online dating site some time in November 2014.

In late November 2016, Chung lied that some of his monies had been seized by Nigerian Customs, and duped the woman into transferring $34,500 into a bank account belonging to Foong the following month.

The Capital Bank in Botswana was another victim. On Jan 18, 2017, Singapore's Commercial Affairs Department (CAD) received a call from the bank's chief executive, who said its system had been hacked by unknown persons and US$315,000 (S$445,500) had been transferred into one of Foong's bank accounts.

Foong received about $3,800 from Williams after helping him, the court heard.

On Tuesday, defence lawyer Riko Isaac told the court his client is a divorcee who had a romantic relationship with Williams.

He added that Foong had been "deceived and manipulated" by a person with whom she had formed "deep and romantic" feelings.

Mr Isaac also said she has persistent depressive disorder, which made her more vulnerable to being manipulated.

Foong's bail was set at $30,000 and she was told to surrender herself at the State Courts on Dec 1 to begin serving her sentence.