Jail, caning for fake lingerie consultant who got women to send him 174 pieces of 'sexual material' 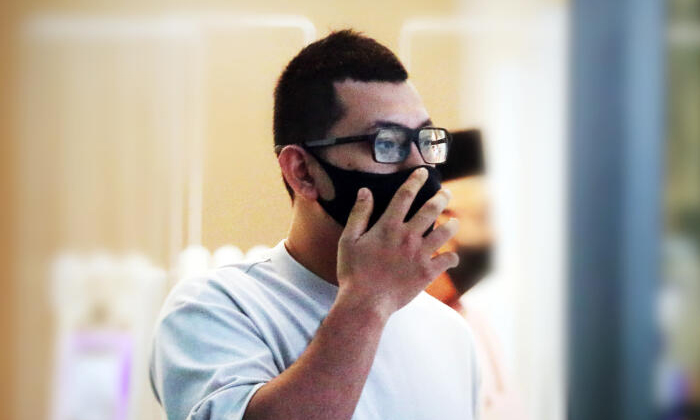 A man who claimed to be a lingerie consultant and convinced women to send him explicit photos of themselves posing in underwear was sentenced on Wednesday to 13 years’ jail and five strokes of the cane.

Muhammad Nazri Sapar, 32, had promised the women a job as his personal assistant and said that he needed their photos and videos to assess their suitability for the role.

He also lured a woman into becoming a sex worker and threatened to inform her family of her activities if she did not become his mistress and satisfy other demands.

In October, Nazri pleaded guilty to 15 charges, including cheating by personation and criminal intimidation.

On Wednesday, he kept his head down as District Judge Kow Keng Siong read out the sentences. Afterwards, Nazri requested to speak to his family before starting his jail term.

In his grounds of decision, Judge Kow rejected the defence’s submissions that the degree of sexual exploitation in Nazri’s offences was minimal, the level of premeditation was low, and the offences were committed due to “a lapse of judgment".

He said that when one of the victims confided in Nazri that she was in financial straits, Nazri exploited her trust and suggested that she join a purported prostitution ring. After baiting her, he exploited her naivety by initially deceiving her, and later intimidating her, into sending him sexual material and engaging in sexual acts with him.

Judge Kow noted: “For the other victims, the accused had lured them into his scams with false promises of a high-paying job with good working conditions.

"When these victims expressed doubts about his promises and demands, the accused did not stop his scams. Instead, he tried to overcome their doubts by coming up with more lies to earn their trust and confidence."

Nazri carried out his scams over 3½ years and tricked his victims into sending him 174 pieces of sexual material, said the judge.

"I wish to state that the fact that the accused was a police officer at the time of the offences did not affect my sentencing decision,” said Judge Kow.

"In the present case, the accused had committed the offences on his own frolic. These offences had not been committed in the course of his duty or under the colour of his office as a police officer."

Related Stories
Man posed as lingerie consultant, got woman to be prostitute and send him videos of her with clients
Fake gynae sent instructions to women to massage their breasts, genital area and send him videos
He pretended to be a woman online, posted naked videos to get men to pay for sexual services
More About:
fake
lewd
obscene
pervert
court
prostitute