Inspiring Teachers Awards: I never thought 20 years later my daughter would wear the dress I made in Mrs Chua's class 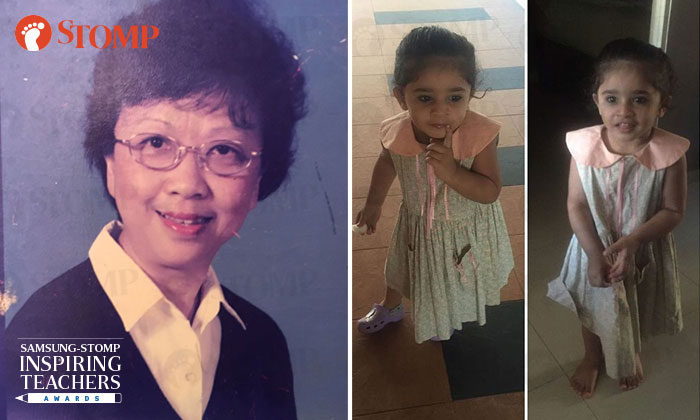 Some teachers leave a lasting impression for years after they first became part of our lives.

For Eza, she never thought that her own daughter would wear the dress she sewed in her home economics class at Bendemeer Secondary School over 20 years ago.

Eza told Stomp that she was forced to join the sewing class when she took up home economics in Secondary 3 because the cooking class was closed.

Despite initially disliking it, with the help and encouragement of her teacher, Mrs Chua Tan Ai Kiang, she flourished and performed well for her N-levels.

Every Teachers' Day, Eza has sent Mrs Chua a message without fail.

Here is Eza's entry for the Samsung-Stomp Inspiring Teachers Awards:

"I was a Normal Academic student from Bendemeer Secondary School back in 1994 when I was forced to take up home economics in Secondary 3.

"Sewing students were looked down on by the cooking teachers and their students.

"I still remember failing my sewing for in Secondary 3 since I was never into sewing.

"We failed badly compared to the cooking classes.

"However, Mrs Chua didn’t discourage or look down on us!

"Her sewing was superb.

"I was promoted to Secondary 4 and it was time for N-levels.

"Her words encouraged me heaps! She motivated us to work hard and prove to everyone that indeed we can make it! And bingo I did it!

"I still have the dress I sewed for my N-level exam! I scored so well! So true of her words that encouraged me to study hard and work hard sewing the dress!

"Now I'm a mummy at 36, my daughter can fit into the dress I once thought no one will be able to put on! 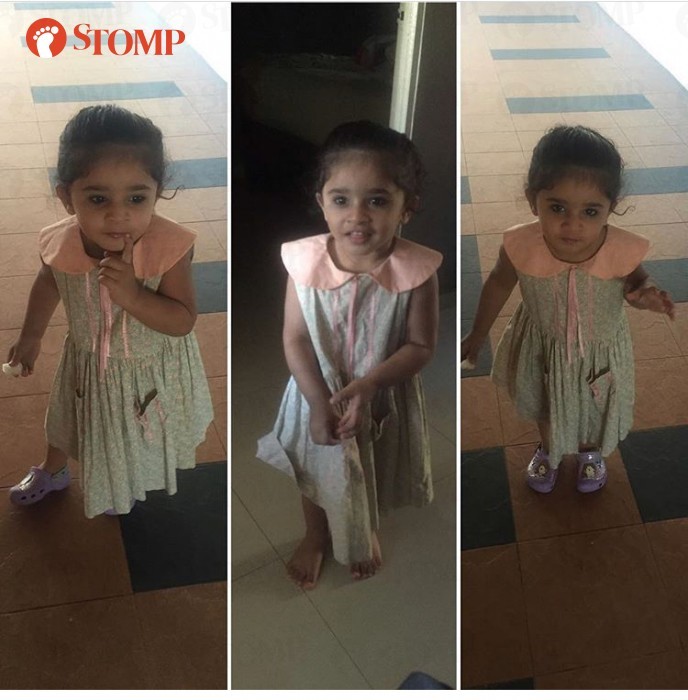 "I was 16 then when I sewed it and I still keep the garment and shorts I sewed!

"Unfortunately, we were forced to drop sewing for O-levels despite scoring way better than the cooking class because our class had only 2-3 students.

"Best thing is, I'm still in touch with my Mrs Chua.

"I shall never forget you, Mrs Chua, and your words and motivation! I love you and I'm sure the rest of your students do too!

When Mrs Chua, who retired from teaching eight years ago, found out she had been nominated for Samsung-Stomp Inspiring Teachers Awards, her reaction was modest.

"I told Eza, the thought is enough!" she said in a phone interview with Stomp.

Until now she still remembers how proud she was with Eza at how well she did for her N-Levels.

"Her sewing was so well done," she said.

"Her dress was sent to London for moderation."

Since teaching Eza, she is happy that they have kept in touch and continues to advise her on her problems.

"She invited me to her wedding and sends me a message every Teachers' Day," she said.

"She continues to share her problems with me and I encourage her.

Mrs Chua told Stomp that she taught at Bendemeer Secondary School for 34 years of her 42-year teaching career.

"I had always wanted to be a teacher since I was young," she told Stomp.

Now 70, Mrs Chua enjoys looking after her own grandchildren.

On the challenges she faced being a teacher at Bendemeer Secondary School, she said that the neighbourhood school students sometimes lacked motivation.

"I helped and encourage them, and showed them that they were no different from students from other schools.

"I sacrificed a lot of time so that I could always be available to my students.

"My door was always open so they could find me during recess time or after school.

"They were not afraid to ask or approach me.

"My upper secondary school students all did very well and the lowest grade any of them ever got was a B3.

"My class was always above national level and that encouraged them to do better because they realised that if they can get that kind of grade, why not work harder?