'I was finally free after 20 years -- when my husband died' 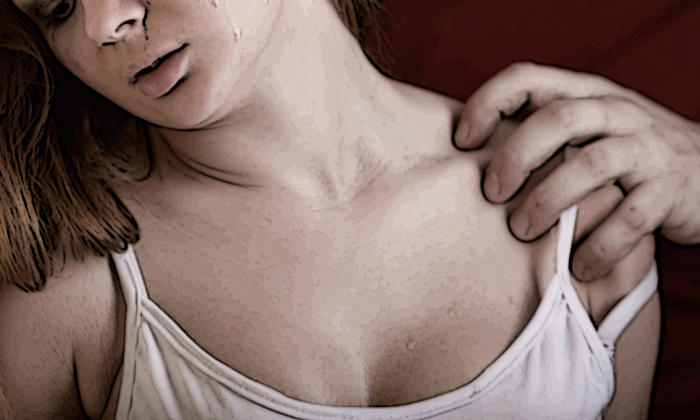 For 20 years, Estelle* was helpless as her abusive husband took control of her life. She tells Davelle Lee that it was faith and a deep love for her two children that kept her going.

"Ma'am, you need to come back to the hospital. Quickly. The doctors say he doesn't have much time," my helper sounded frantic over the phone.

My two teenage daughters and I had been on our way home from the hospital, after yet another exhausting day of keeping vigil at my husband's bedside, when the call came.

I immediately turned the car around. But already, I expected the worst.

And I was right. Garett* was pronounced dead even before we got there.

As I stood over his lifeless body in the hospital bed - frail from the cancer that had racked it for more than two years - I felt a weight lift from my shoulders.

After 20 years, I was finally free.

At that time - when women were mostly expected to get married and have children - it seemed to me a shameful thing.

I was getting anxious about being left on the shelf.

While I'd been focusing on my career in the civil service, most of my friends were either engaged or had already started their own families.

So when my boss offered to set me up with Garett - the son of one of her friends - I decided to take the plunge.

A year older than me, Garett turned out to be unattractive, overweight and loud. He also smoked - a habit I completely disapproved of.

But my boss encouraged me to give him a chance.

On paper, Garett did seem like a good catch. His parents were wealthy, and he was well educated, with a good job as an engineer.

From the get-go, he showered me with attention. He seemed to want to spend all his free time with me.

We caught movies, went for dinner together and met up with his friends.

A few months after our first date, Garett went to Germany for a nine-month training course. But he continued to stay in touch, and wrote to me regularly.

During that time, I met another man, Nathaniel*, at a party.

Because Garett and I had never discussed being exclusive, I decided to go on a few dates with Nathaniel.

We had great chemistry, but I knew that he came from a less well-to-do family, so I was torn.

I could hear my mother's voice in my head, telling me that a woman must always 'marry up'.

Eventually, pragmatism won, and I chose to be with Garett instead.

MARRYING FOR THE WRONG REASONS

When Garett came back to Singapore, his attachment to me only grew more intense.

On days when I had to work late, he would call me and say: 'You'd better leave the office now, or I'll come up and make a scene.'

I saw it as concern - that he didn't want me to overstretch myself - even though something told me that wasn't quite it.

Once we officially became a couple, things got worse.

Garett would get agitated and raise his voice at me whenever I kept him waiting, or if I told him I wasn't up for something he wanted to do.

This didn't go unnoticed by my family and friends, who felt he was too controlling and didn't treat me well.

But I chose to overlook these red flags, reminding myself that at my age, I couldn't afford to be picky.

Two years into our relationship, Garett was accepted into a master's programme at a prestigious university in Australia.

'Let's get married and move to Australia,' he told me.

But his proposal came with one condition: I had to stop working. He declared that as a wife, my duty was to take care of things at home.

At that time, it made sense to me.

Garett had often spoken of how his parents had been so busy with work, they'd had little time for their children.

I didn't want this to be the case when we had a family, so I agreed to his condition.

MY LIFE, HIS RULES

From then on, Garett made all the decisions.

We didn't have a traditional wedding banquet, because the money would be better spent on his tuition fees and living expenses in Australia.

I could not work, talk to other men, or even go out without him.

When we did go out, he also called the shots. If I so much as requested that we go to a different restaurant from the one he'd suggested, he would snap.

His first course of action would be to dial up his voice, which was already naturally jarring and loud, by several decibels.

He would threaten to cause a commotion, and humiliate me.

At first, I retaliated.

But each time I stood up for myself, he would bellow Hokkien vulgarities at me in public.

In the end, it just wore me down.

It was clear that both of us would be better off if I let him have his way.

I convinced myself that he wasn't wrong to expect his wife to comply with his wishes when we were in a new country with no one but each other to count on.

Why add to his stress by disagreeing with him over petty things?

I wasn't used to staying home and being idle, but I tried to remain optimistic. Instead of fretting, I enrolled in a music programme to keep myself occupied.

Two years later, we returned to Singapore, Garett with his master's degree and I, a diploma that would let me teach music.

I held on to the hope that things would improve now that we were home.

No such thing. His grip on my life tightened even more.

He began demanding that I ask his permission to go to friends' parties or functions.

More than once, on the day of the event, he would change his mind about letting me go if he was in a foul mood.

One by one, my friends stopped asking me out, frustrated that I'd repeatedly cancelled on them at the last minute.

CUTTING ME OFF FROM MY FAMILY

When I became pregnant with twins, Garett added yet another rule to his long list of dos and don'ts: no more seeing my side of the family.

This one felt particularly cruel.

'You married into this family and so there's no need to stay in contact with yours anymore,' my mother-in-law told me, when I questioned Garett's rationale.

It occurred to me then that many of the restrictions Garett placed on me mirrored those his father placed on his mother.

But I knew better than to go against what Garett wanted. Instead, I worked around his rules.

Since he didn't let me have a job, I taught music classes from home.

I snuck out of the house while he was at work to meet close friends, or to visit my mother.

And my mum, who worked in a school, would come over on the pretext of helping my kids with their schoolwork.

What he didn't know, he could not hold against me.

PUSHING ME OVER THE EDGE

One time, I nearly walked out.

Our twins were three years old then, and we were taking them to the park to play. On the way there, we passed a foot reflexology centre that Garett frequented.

'Actually, I could use a foot massage,' he said, as he turned the car around.

Stunned, I glanced at the children.

'Right now? What will the kids and I do, sit around and wait for you? Can't we go to the park first?' I asked.

I saw Garett's hands tense around the steering wheel.

He pulled into a petrol station and began shouting at me for being combative.

Then the beatings started.

I remember the first time I filed a police report against my husband.

After a quarrel, Garett followed me into the bedroom and closed the door. He was yelling at me as he drew his arm back, preparing to strike.

I grabbed a book from the table and flung it at him, but this only infuriated him further.

His hand came crashing down on my arm and I screamed, trying to reach for another object to throw at him.

Another blow followed before I got the chance. In the flurry of clashing limbs, my daughter burst into the room.

'Get away from Mummy!' she screamed, hurling herself between Garett and me.

I watched him push her out of the way, and saw her tiny body crash to the floor.

'Stop!' I yelled and rushed to her side.

Everything that followed was a blur. I remember gathering my daughter in my arms and dashing out the front door.

In a daze, I took her first to hospital, then to the police station.

'Would you like to file charges?' the policeman asked, eyeing the scrapes and bruises along my arm.

But by then, I knew I could not bring myself to file charges against my own husband. I shook my head and returned home, defeated.

Things were to continue in this vein for the next two to three years, until Garett got sick.

A year after first being diagnosed with diabetes, Garett found out he had nose cancer.

His body was already weak, and the cancer cells quickly ravaged it. With his radiotherapy treatment came bouts of pneumonia.

Another year passed, and the cancer spread to his lungs.

For the last nine months of his life, he stayed in the hospital.

I was mentally and physically exhausted from caring for him, but I was grateful too.

Cancer seemed to have mellowed, perhaps even humbled, my husband. His voice was kinder, and he shared his desire to do charity work when he got better.

But his health didn't improve.

After three years of illness, Garett died, and I became a widow at 49.

At the funeral, my family members and friends, some of whom I had not seen in years, offered their condolences. They whispered that I was glowing.

It was then I admitted to them that I was relieved my marriage was over.

Soon after, my daughters and I packed up and moved to Australia to start anew.

The girls enrolled in secondary school, while I started teaching music to children in the neighbourhood.

I don't regret what I've been through - as a stay-at-home mum, I've been able to really be there for my kids.

I've learnt that common values are key to keeping a couple together.

Don't make excuses for him if his behaviour poses problems for your relationship. Don't think you can tolerate it, or even hope that he will change.

Ask yourself if you're compatible, and don't focus on whether he looks like a good catch on paper.

You can always work on increasing your material wealth, but values and beliefs are much harder, if not impossible, to change."

Related Stories
'My husband spends more time with his mistress and their kid than with me'
'My broke husband has a second wife and many GFs, plus he beats me'
'I'm terrified of the consequences of hiding this dark secret from my hubby'
More About:
confession
abuse
couple
dating
relationships