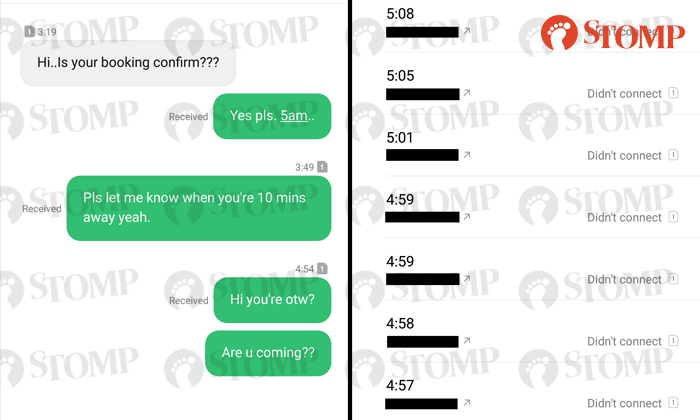 Stomper Melophile was all set for work on Sunday (Dec 23), only to end up being late for 45 minutes after his Grab driver abruptly went 'missing in action'.

Melophile said he had booked a $16 GrabHitch ride on Dec 22, asking to be picked up at Block 669A Edgefield Plains the following day at 5am.

The Stomper, who wanted to be dropped off at his workplace in Tuas, included a note in his booking about needing to arrive by 5.45am. 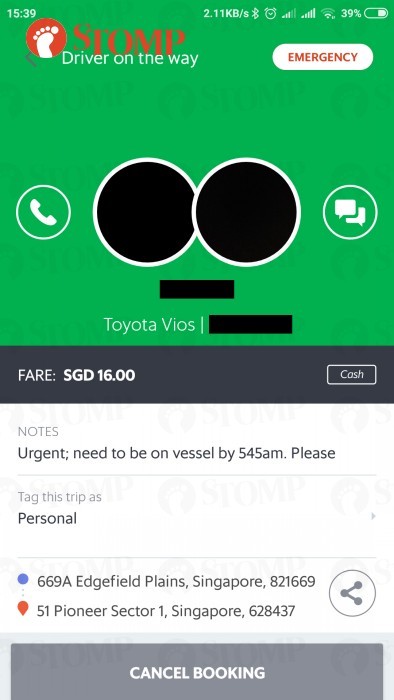 Melophile said: "A Toyota Vios driver accepted the booking and texted me at 3.19am to confirm.

"I replied immediately to confirm and told him to let me know when he was 10 minutes away." 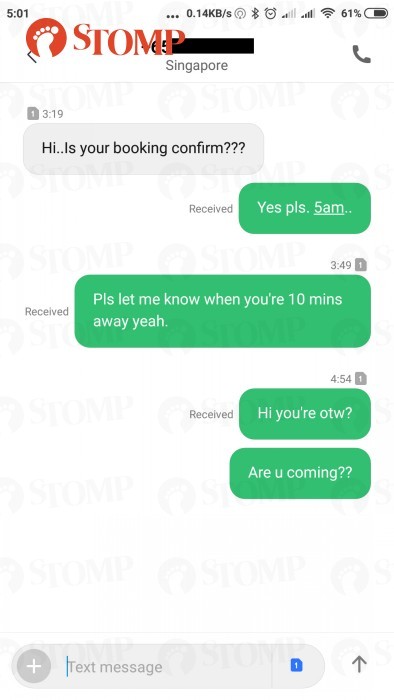 The Stomper continued: "At 4.56am, I texted him again but there was no reply.

"A few more messages were sent but still, there was no reply.

"After that, I called him and his phone rang but he did not pick up.

"I called again and he rejected the call." 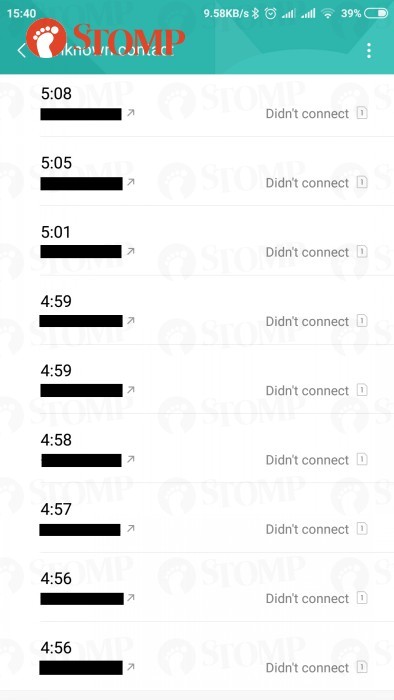 Melophile told Stomp that he then used a different number to call the driver again -- but someone else picked up this time.

"His wife answered and said he was sleeping," added the Stomper.

"The very irresponsible driver only cancelled the booking on Monday (Dec 24). I assume he was waiting for me to cancel, but I didn't.

"I ended up taking a Ryde to work instead but was still late for 45 minutes."

Related Stories
GrabHitch driver gets told off by 2 passengers in same morning, ends up earning nothing
Passenger hurls vulgarities at GrabHitch driver who couldn't pick him up earlier
Woman cancels GrabHitch ride, saying Hyundai Getz is 'too small, uncomfortable and cheap' -- then lectures driver
More About:
GrabHitch
grab
sleeping
text