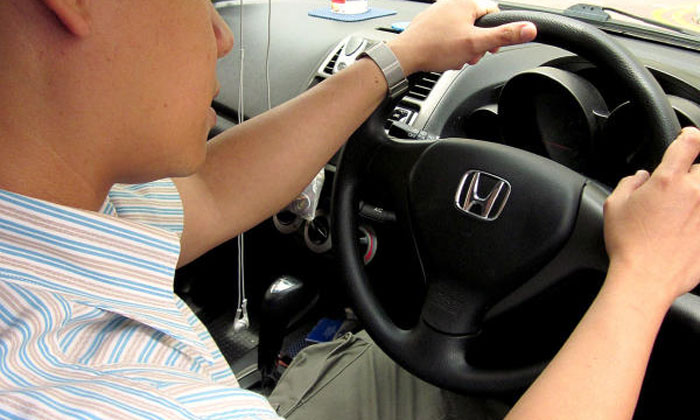 A 26-year-old Grab driver has been arrested after three female passengers lodged separate reports against him for making them feel unsafe.

The passengers had all booked rides with the driver on the same day (Feb 3).

The driver was arrested on Feb 4 and has been referred to the Institute of Mental Health for psychiatric assessment.

Stomp earlier reported the Grab driver had been suspended after allegedly driving a 17-year-old girl to 'dead-end' and telling her to sit in front with him.

She had booked a ride with him from Block 184 Pasir Ris Street 11 to Yio Chu Kang Swimming Complex at about 10.19am.

The girl's mum, Facebook user Ellis Phua, shared the incident on her Facebook page on Feb 3 with photos of the police report her daughter had made.

According to the report, the driver had also told the girl he wanted to take her home.

Following Stomp's report on the incident, another woman came forward and said she had booked a ride with the same driver on the same day before the 17-year-old.

She told Stomp she had instructed the driver to drop her off at a bus stop but he turned into a carpark instead.

"He proceeded to drive up to the top floor of the multi-storey carpark," she said.

"He also talked about his girlfriend rejecting him and commented on how friendly I was which made me uncomfortable.

"I kept telling him to stop and drop me off but there was no opportunity to open the door.

"It was surreal and I was panicking.

"I knew he was not going to stop the car but I couldn't bring myself to open the door and run out, fearing that I might injure myself and escalate the situation."

Fortunately, the passenger took the opportunity to escape the vehicle when the driver reportedly hit a pole.

In response to a Stomp query, the police said all three passengers had reported that the man's behaviour had made them feel unsafe by driving dangerously, requesting them to sit in the front seat and not driving them to their intended destination.

"Netizen 'Ellis Phua's' daughter was one of the three female passengers who had lodged a police report against this man," a police spokesman said.

"On the same day, Ms Phua posted on Facebook that "police officer in SG would not do anything about it if nothing serious has happened".

"The police categorically reject this unfounded and unjustified assertion.

"As a matter of fact, even before Ms Phua’s post, the police had already commenced investigations and contacted Grab to establish the identity of the driver.

"He was subsequently arrested on Feb 4 and has been referred to the Institute of Mental Health for psychiatric assessment.

"The police have also confirmed with Grab that the driver had been suspended with effect from Feb 3.

"Police investigations against the man are ongoing.

"The police have updated Ms Phua and her daughter on the status of the investigations.

"The police urge members of the public not to make unfounded allegations, which impugn the integrity and professionalism of our officers."

A Grab spokesman told Stomp in a statement: "Grab is assisting the authorities in the investigation and had suspended the said driver-partner on Feb 3 right after we've received the first complaint from one of the passengers.

"Our users' safety is important to us and we have zero tolerance for indecent behaviour, harassment or abuse of any kind."