Thank you, polite cabby for your kindness! You sure brightened this passenger's day 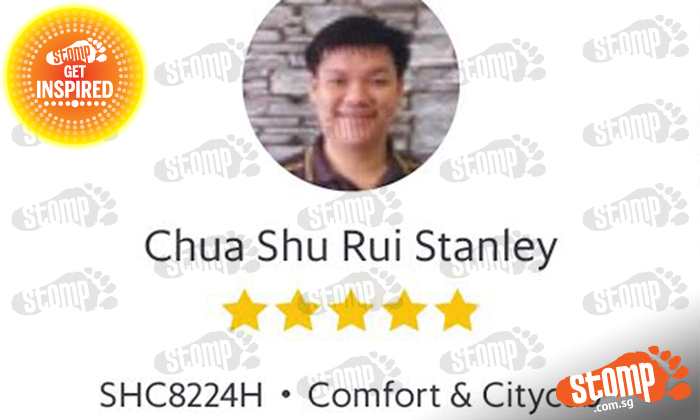 The smallest deeds can often make the largest impression on people.

Along that same vein, this cabby's kind deeds made his passenger Stomper Jason's day so much brighter.

Jason booked a taxi through Grab at 11pm yesterday (Mar 24), to get from Kallang Leisure Park to Bishan Street 13.

Subsequently, cabby Stanley Chua apologised to Jason for being late to pick him up, even though the Stomper had only been waiting for three minutes.

Jason also noted that he arrived at his destination in 15 minutes, even though the trip would normally take around 25 minutes.

"That's another added point to Stanley! He was very polite and accommodating," said Jason.

"This is what I call good taxi driver! He deserves a good service award from Government," added Jason.