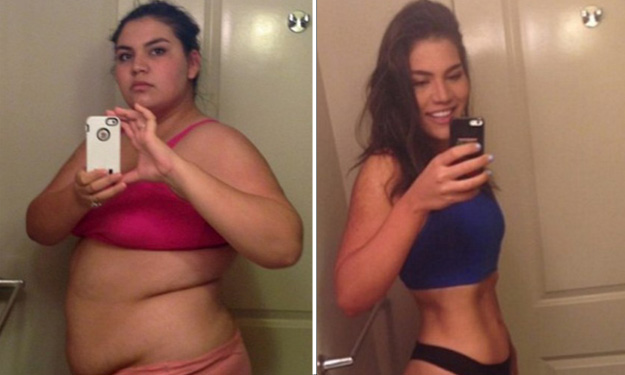 If you are lacking motivation to change your lifestyle, this teacher's weight loss transformation will give you all the inspiration you need.

Laura Micetich's weight loss was so dramatic that people actually doubted that her before and after pictures were of the same woman.

According to Viral Thread, Laura grew to nearly 300 pounds (136kg) after years of binge eating and munching on sugary snacks.

Her turning point came after coming out of a long-term relationship.

"I was going into a teaching degree and wanted to be a good role model the kids.

"I would go to the fridge and find something I needed – it was a bit of addiction.

"It wasn’t emotional eating, it was just something I did.

“I am a teacher and my size was the first thing the kids picked up on.
"It wasn’t them being mean spirited, kids just have no problem being honest.”

She added that many thought that she had surgery but she clarified that it was all natural:

"I’ve even had people steal my photos and used it for weight loss pills claiming I used them to slim down but that’s not true.”

Many were left doubtful because of her lack of excess skin despite the drastic weight loss but she explained that weight-lifting helped to keep her skin smooth and tight.

She said she initially found the gym to be a "scary place" but decided not to care what people thought.

Some people thought her going there was a joke but in the end they were surprised by how she was getting healthy.

"There’s a lot of discrimination out there. It’s hard. But what I learnt was to stop victimising myself and to be kind to myself."

She now loves the gym and goes six days a week for weight training.

Her main goal now is just to be happy and healthy.