S'porean man loses 51kg: Getting headaches and high-blood pressure was a wake-up call 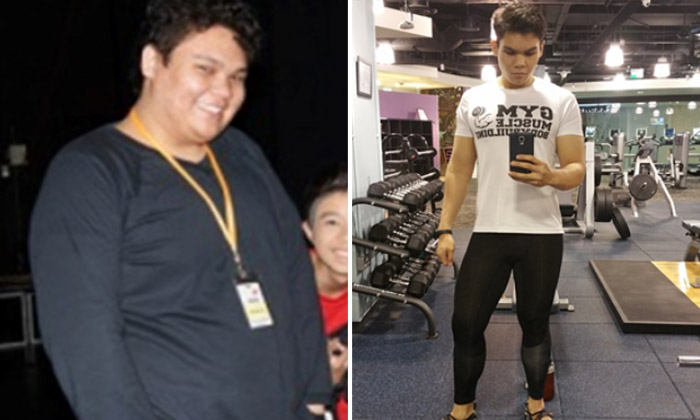 Mohammed Noor battled low self-esteem to gradually regain his health and confidence, and his weight dropped from 138kg to 87kg.

Although overweight since young, 26-year-old Mohammed Noor saw nothing wrong with his inactive lifestyle and his love of food.

At his heaviest, he tipped the scales at 138kg, and simply swept his doctor's advice to lose weight under the carpet.

One day, Noor's health began dipping. He was getting headaches, and found out that he was suffering from high blood pressure.

He was also affected by something else.

"I had a lack of self-confidence," he says.

"Random people would just come up to me and urge me to become healthier. These actually felt like insults, but instead of anger, I felt motivated. I wanted to prove them wrong."

Swimming was the only sport that Noor knew then, and it helped to kick-start his weight loss journey.

Things weren't so rosy, however.

"I was obese and it was tough to strip into my tiny shorts," he recalls.

"People stared. It was challenging due to my lack of confidence. But I told myself that there would be no progress if I kept worrying about what others thought. There had to be mental focus on my part."

"And it was actually a huge milestone when I managed to start jogging slowly."

It wasn't until two years of intense cardio later that he was introduced to working out with free weights and high intensity interval training.

"I was motivated by transformation videos," he says.

"One by Michael Kory stood out.

He said that if you want to achieve something, it's not about how fast you do it to get there, but the process in which you can enjoy and treat as a learning curve.

That has stuck with me since."

Today, Noor is more disciplined when it comes to shutting out temptation.

"My family is very supportive - especially my mum, who has been cutting out things like salt and MSG when she cooks. I also shun sugary drinks and pack my own lunches."

"I used to have trouble finding clothes that fit me," Noor says, "but it's not a problem now! Today, I've gotten back my self-confidence, plus I feel I've become a lot more motivated as a person when it comes to living and embracing life."