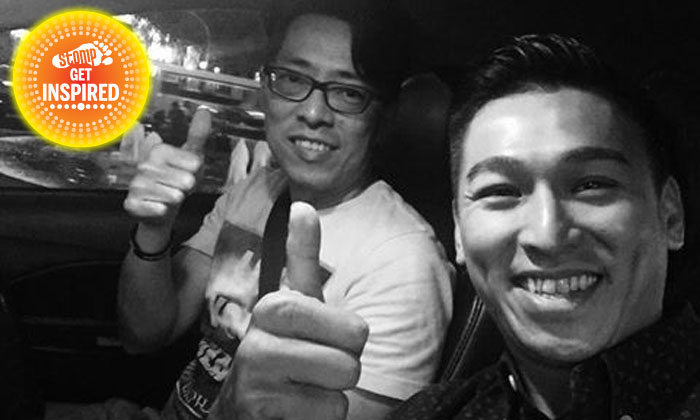 When Guangtong Li received an alert on his Uber app telling him that his driver "has difficulty speaking", he was puzzled.

However, he soon realised that it was because his Uber driver, Andrew was deaf.

Guangtong wrote about his humbling Uber experience on his Facebook page on July 16.

His post has since garnered over 360 reactions and 3,600 shares as people read and were inspired.

"The journey that ensued the next 25 mins is one of the most enriching and yet humbling in my life.

"Being a talkative person by nature, words cannot describe how uncomfortable it was for me that the person beside me could not communicate with me in the way I know how.

"We kept silent for a good 10mins.

"A lot thoughts raced through my head in that short of span of time.

"I asked myself, what if I were deaf? What would my world be like? Would I even have the courage to carry on living, what more be an Uber driver?

"At that moment, I just couldn't control my curiosity.

"Hence, I started typing on my iPhone to ask Andrew how he became deaf?

"He said he was born deaf.

"The conversation then continued with the Q&A taking place on the iPhone.

"Andrew shared with me that he had just lost his job as a draftsman for lighting and electrical, which was why he became a Uber driver.

"His eyes lit up when we chatted about his family.

"He is happily married with a deaf wife and 3 children who can speak and hear.

"At the end of the journey, I told Andrew I wanted to buy his children ice- cream, so I gave him $50.

"He objected to it, but i insisted and forced it into his pouch.

"Then I got off the Toyota .

"That's when I realised my $50 is so small compared to the valuable lessons that he taught me in this short 25 mins."

Guangtong learnt several lessons from his ride with Andrew and he hoped that his experience would inspire and give hope and strength to others.

"Thank you Andrew for teaching me silence is golden, and how to slow down in life.

"Thank you Andrew for teaching me what is courage (imagine without hearing or speaking ability, he studied to became a draftsman).

"Thank you Andrew for teaching me the positive attitude you have for this life even though you do not have hearing ability.

"Thank you Andrew for teaching me gratitude and to be appreciative toward things that we always take for granted.

"Thank you for teaching me that the responsibility of the head of the household is to provide for the family no matter how hard the situation is.

"Thank you for teaching me via your family and your 3 children that there are no boundaries in love."

More About:
get inspired
heartwarming
uber