Waitress in America inherits a car and US$50,000 from old customer whom she used to serve daily 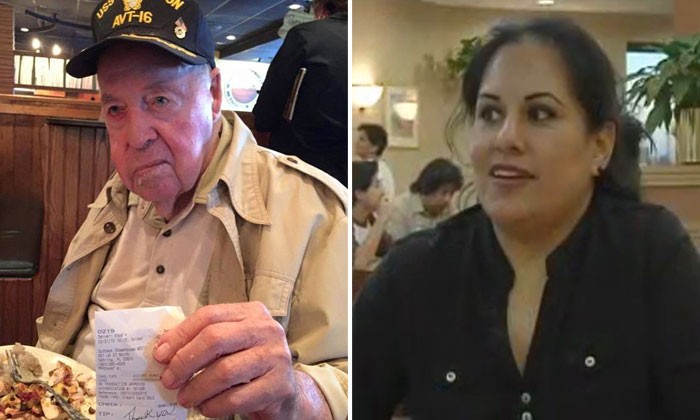 Melina Salazar, is a waitress in a restaurant called Luby, from Texas, America and is one lucky waitress because she received a car along with US$50,000 ($70822.50) form a customer she used to serve, Walter, "Buck" Swords.

A rather difficult 89-year-old customer, he whined and complained consistently for seven years.

No one really liked Walter's grumpy outbursts and daily dissatisfaction but Melina handled him with patience and a smile.

She served his food just the way he liked it and was friendly to him.

One day, Walter did not turn up at the restaurant at the usual time for his usual meal.

Melina discovered that he had passed away from an obituary.

According to Newsner, a lawyer came looking for Melina at the restaurant, pulled her aside and informed her that his client, Mr. Walter, has told him how he enjoyed his meals in the restaurant specifically because of one waitress.

Melina was pleasantly surprise and even more shocked after being told that a part of his inheritance has been given to her: US$50,000 ($70822.50) and a car.

Watch the video below as she talk about how being nice would eventually pay off.