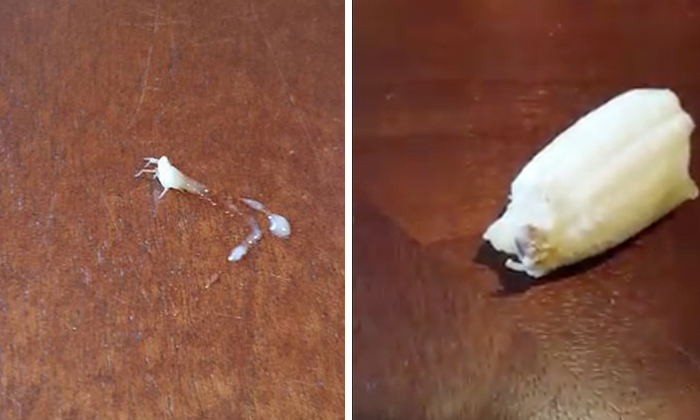 Getting kids to eat fruit can be a pain, but this mother would probably not be able to convince her son to eat bananas for a long time.

In a Facebook post dated Sep 17, Kiersta Rhea said her son was eating a banana when he screamed and threw it away from him.

In the video, a white insect can be seen crawling from the banana.

Many netizens expressed their concern and disgust.

According to Kiersta, the offending insect was a Guatemalan Banana Spider "that had a chunk of banana on it".

The spider, also known as the Brazillian Wandering Spider, appeared in the 2010 Guinness Book of Records as the world's most poisonous spider.

Thankfully, Kiersta's son was unharmed and the spider was killed shortly after the video was filmed.

In a later post, she also thanked everyone for the the support and advised everyone to "please be sure to thoroughly inspect your fruits and veggies, especially for your little ones and elderly".