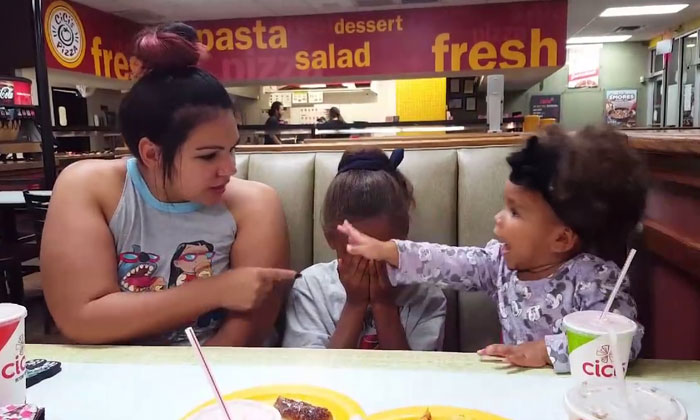 Well check out the following video uploaded by Jukin Media which documents the above mentioned.

At one point, the toddler even slapped her mum's when she attempted to scold the older sister again.

Evidently this was a set up, but the toddler was not aware it was a joke and took it so serious.

Did you see her little serious face?

Check out the cute video below!!

Related Stories
Cute baby gets surprised by the sound of his own fart
This baby REALLY hates it when dad steals her food
Too cute to say no: Man uses his baby to propose to girlfriend
Jukin
Jukin media
cute
toddler
infant
baby