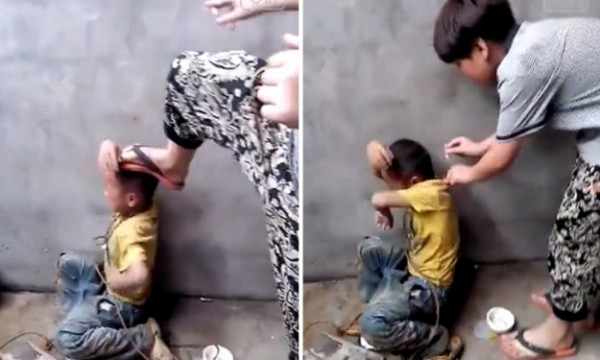 A video has emerged online showing four teenagers in Zhejiang, China, brutally beating up a boy much younger than them and burning him with lit cigarettes.

In the two-minute video, the young boy, who is reportedly in primary school, is crying as he is tied up with a rope and cornered in a small room.

He can be heard screaming in pain and pleading for mercy as the older boys terrorise him.

One of the older boys was seen rubbing his foot against the boy's head. The teenagers also threw lit cigarettes down the boy's shirt multiple times, causing him to cry out in pain.

The video, which was posted online on Sunday, Jun 21, quickly drew the attention of netizens and local authorities, who launched an investigation, Chinese news portal NetEase reported.

According to South China Morning Post, the four teenagers are secondary school students, and have been taken into custody.