No clowning around: Guys chased by clown with knife while running in the woods 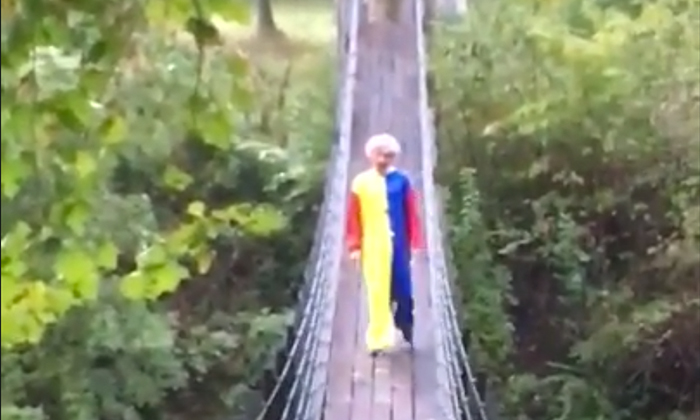 In Newark, Ohio, a group of guys were out for a run in the woods when they were chased by a 'killer clown' on the loose wielding a knife.

In the video from Jukin below, these runners first encountered the menacing figure at the bridge.

One of the guys from the group called out to the clown, saying, "Yo what the f*** you doing, man. It's 7.30 in the morning, have you heard about all these s***? People are freaking out about this."

The clown then turned around and walked towards the guys.

Seeing that the clown was holding a rather familiar sharp object in his hands, the same man who got the clown's attention earlier on turned to his friend and said, "Yo Patrick, he (the clown) has a knife."

Terrified, the group ran as fast as they could while the clown chased after them.

Apparently, this is just one of the many creepy clown sightings.

According to Reuters, in early September this year, there have been several encounters of these spooky figures in northeastern South Carolina.

One clown showed up on a roadside in a rain poncho, while another waved money at children near the woods.