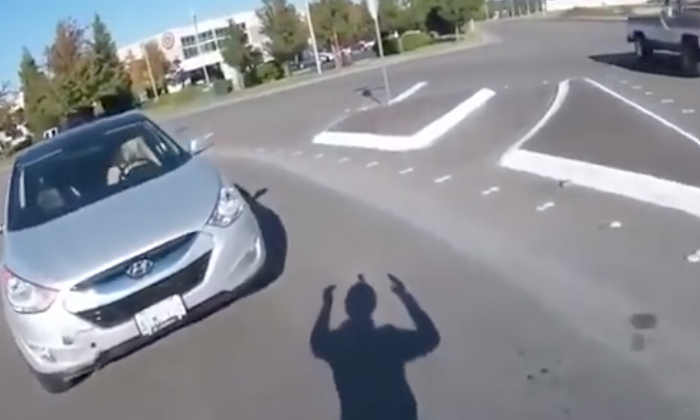 We love our parents, but they can sometimes be a pain in the butt-literally.

This poor guy found out the hard way when his mother rear-ended his motorcycle with her car.

It happened just minutes after telling him to "drive safe" and "watch out for idiots".

The footage, filmed with a go pro attached to the son's helmet, shows his mother's car hitting him from behind just as he drives into a side road.

Thankfully, he seemed unhurt, just angry, as he stood up and started swearing at his mother.

She was then seen getting out of the car and apologizing profusely.

Many users slammed the son for being "rude" and swearing at his mother.

Others defended the mother.

"Eh, she gave birth to you screaming in pain. Little rear end won't hurt ya."

Maybe the mother should take her own advice and "drive safe".