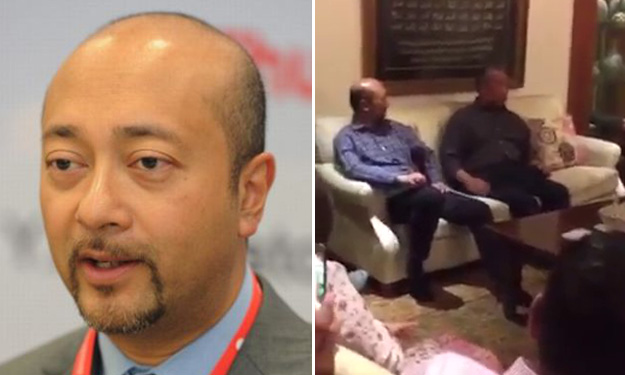 The viral video clip, that appeared to be recorded on a mobile device, reportedly showing Muhyiddin sitting with several guests including Mukhriz at the former deputy premier's home.

When met at the Jerlun Umno division Hari Raya open house on Thursday, Mukhriz said, "I am ready to face any possibilities and there is no need for speculations on the matter.

"I visited Muhyiddin to say thank you to him. He had done many good things for Kedah during his term as deputy prime minister and education minister.

"He is Umno's deputy president, so I think it's not wrong for me to pay him a visit," said Mukhriz.

He added that those who recorded the purported conversation had to be questioned.

When asked if his position as Kedah Mentri Besar would be affected over the video clip, Mukhriz said, "I do not see what I had done was wrong."

"The power in my hand was given by Allah, it can be taken away anytime," he added.