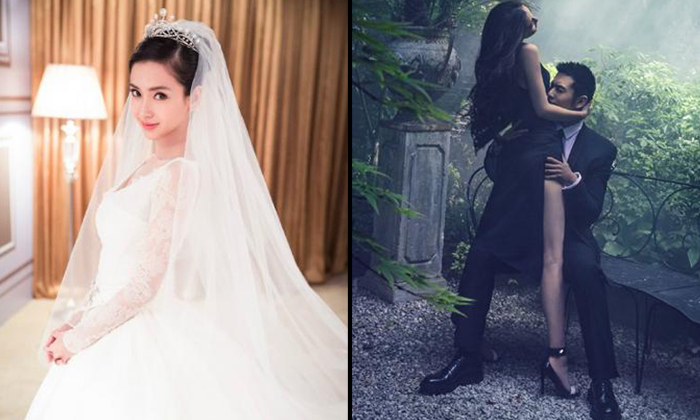 Recently, a set of photos the couple took before their glamorous wedding in Paris surfaced online.

The steamy photos showed off a sexier side to the pair who are currently enjoying marital bliss with their  son who was born last Tuesday (Jan 17).

In one of the photos, Huang and Angelababy were locked in an embrace on bed, and in another, the pair seemingly replicate a scene from Brad Pitt and Angelina Jolie’s sexy movie, ‘Mr & Mrs Smith’.

A particularly sensuous shot showed the two in a garden setting in which Angelababy was straddling Huang, in a gardeb setting.

Take a look at the photos below.