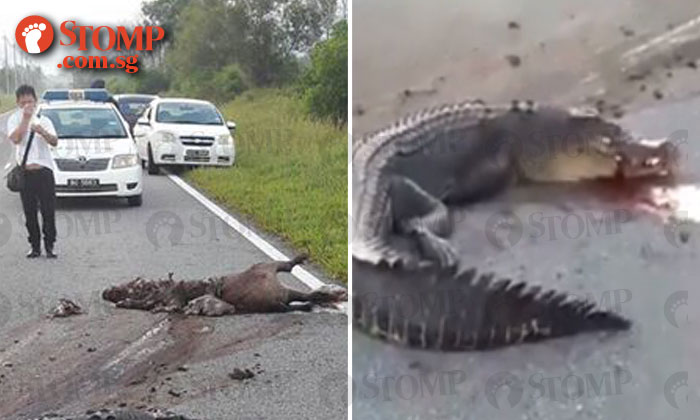 Stomper Freddy sent Stomp a video showing a crocodile that was run over by a truck as it was eating a wild boar.

In a Facebook message, the Stomper said that the video was recorded by his friend who was in Brunei.

"My friend was on the way to Miri, Sarawak, from Kuala-Belait, Brunei, when he saw a crowd of people by the road.

"He joined them and learnt that a crocodile was eating a wild boar when it was run over by a truck."

In the video, both carcasses can be seen on the blood-stained road.

Judging from the marks on the tarmac, it seems like the animals were dragged several metres as they got run over.

A police car can be seen near the reptile and its would-be meal.