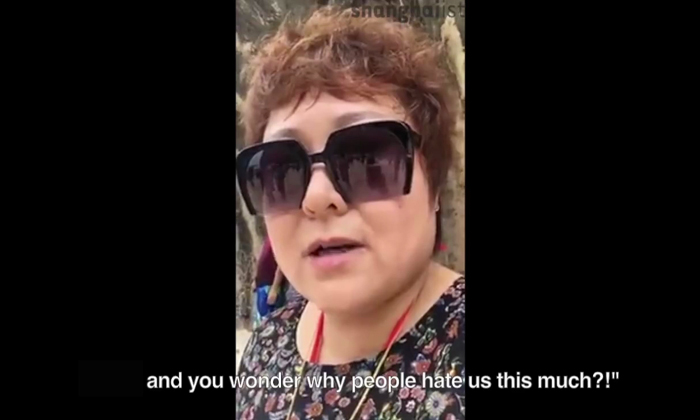 Tourists from China are not exactly popular among people, but one woman from Beijing might just be the exception and everyone's favourite now.

In a video posted on Aug 7, Bin criticised a female tourist from Jiangsu -- who is part of a Shanghai tour group -- for insisting on bringing home a piece of wood from Lovers' Beach in Phuket, Thailand.

The tourist had arrogantly challenged the Thai guides, only to be shut down by Bin.

In her video which has since garnered over 440,000 views, Bin also ranted about the unruly behaviour of Chinese tourists and shared her own unpleasant experiences with them.

Bin's video has since gone viral online and been lauded by netizens in China, Thailand and worldwide alike.

She also has her own Facebook page which has been gaining followers rapidly, and where she continues calling out Chinese tourists for their inconsiderate actions.

Watch her rant which has been subtitled by Shanghaiist and censored by Stomp below.