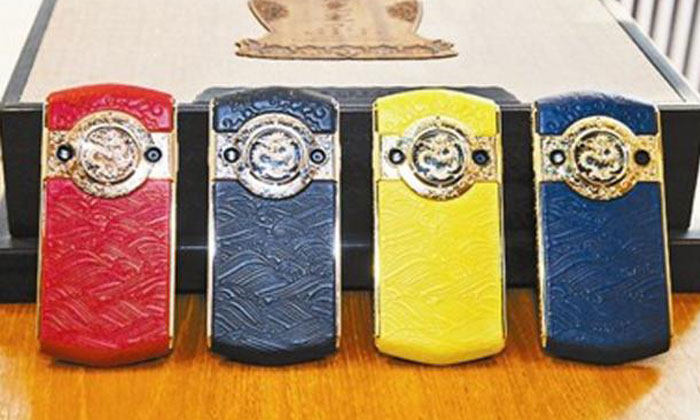 Beijing's Palace Museum is planning to release a new mobile phone worth 19,999-RMB (S$4,162) in collaboration with a Chinese phone maker. Only 999 units of this phone will be sold, and it is expected to be available by the end of January 2017.

The design of the phone is inspired by the Palace Museum's collection  -- with elements from the Forbidden City such as dragons and auspicious clouds. On top of that, the back of the phone is decorated with a traditional Chinese motif made of 18K gold. Yup.

The phone is also equipped with several of the museum's apps, along with a screen saver and wallpaper featuring the 24 solar terms.

With an expensive limited edition phone, comes the debates.

Some argue that Chinese culture should not be used for profit, while other believe the product will make people mock the Forbidden City.

Despite all the controversy, the executive deputy director of the Palace Museum, Wang Yamin, told the media that he hopes to establish a bridge between traditional Chinese culture and intelligent manufacturing through collaboration with the phone maker.

What do you think? Yay, or nay?

Related Stories
Addicted to your phone? There's now a 'cure' for you
Awesome! You can now charge your phones with these USB ports on buses
China
luxury
phone
expensive
limited edition
gadget
cool
technology