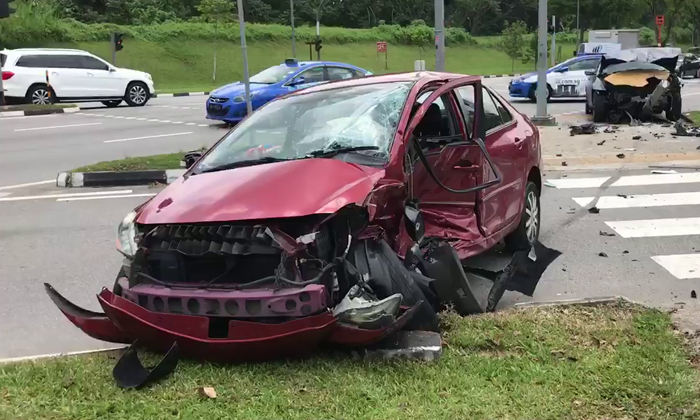 Four people, including a child, were injured in an accident involving two cars at the junction of Mandai Lake Road and Mandai Road on Good Friday (March 30).

Facebook user Mikaelo Dayrit posted a video showing two wrecked cars at the scene and debris strewn all over the road.

One of the cars had toppled a traffic light.

A road sign had also been displaced and was lying on the grass patch.

Responding to a Stomp query, the police said they were alerted to the accident at 12.03pm.

Three people, aged between 27 and 63, were conscious when taken to Khoo Teck Puat Hospital.

According to the Singapore Civil Defence Force (SCDF), a child, whose age is unknown, was also sent to KK Women's and Children's Hospital.

The victims have all since been discharged.