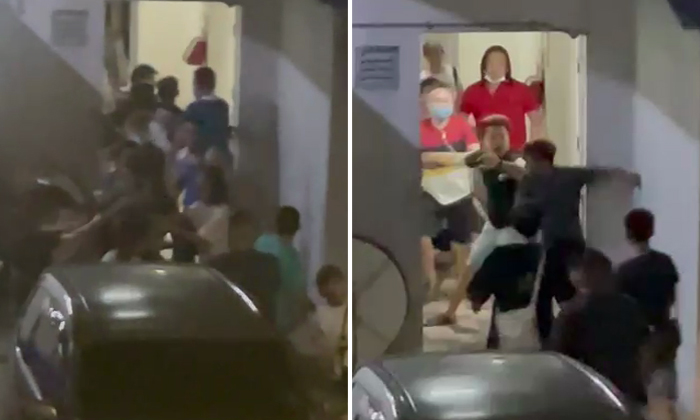 A dispute broke out after a drinking session involving two groups of patrons at a coffee shop in Woodlands on Saturday night (March 27).

In response to a Stomp query, the police said they were alerted to a case of voluntarily causing hurt at Block 167 Woodlands Street 11 at 10.38pm.

"Preliminary investigations revealed that a dispute had occurred earlier between two groups at the coffee shop nearby," they added.

A member of the public, who heard a commotion, reported seeing almost 20 people gathered at the staircase landing and open-air carpark next to the coffee shop.

A video sent to Shin Min Daily News shows several people in a tussle. Loud shouting and cursing can also be heard.

According to Shin Min, two groups of patrons had been drinking at adjacent tables at a corner of the coffee shop.

A man from one table was invited to the other table for a drink, but ended up arguing with someone. The matter soon escalated into them going to the carpark for a 'private settlement'.