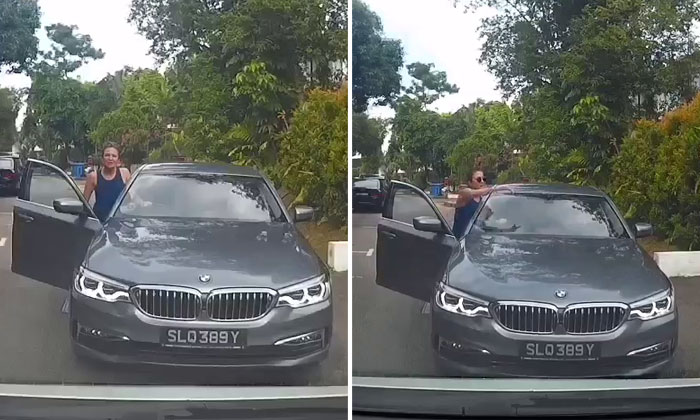 A female BMW driver was caught on video travelling in the wrong direction along Jalan Rumia, a one-way road near Holland Road Shopping Centre.

The video was posted on ROADS.sg's Facebook page and contributed by a user named Sam Lee.

According to the video's timestamp, this happened on June 20 at about 3.46pm.

In the video, the woman's car approaches Sam's before she comes to a stop.

She exits her vehicle to talk to and gesture at Sam. The conversation cannot be heard as the video has been muted.

According to Sam, the woman was being "unreasonable" and asking him to give way to her.

"Tell us what you would have done [on] this narrow one-way street?" he asked.

"Since she was driving against traffic, shouldn't she [have made] a three-point-turn and [driven] accordingly?"

Some netizens agreed with Sam but others chided and him and said if he had been gracious, he could have saved time for both of them.