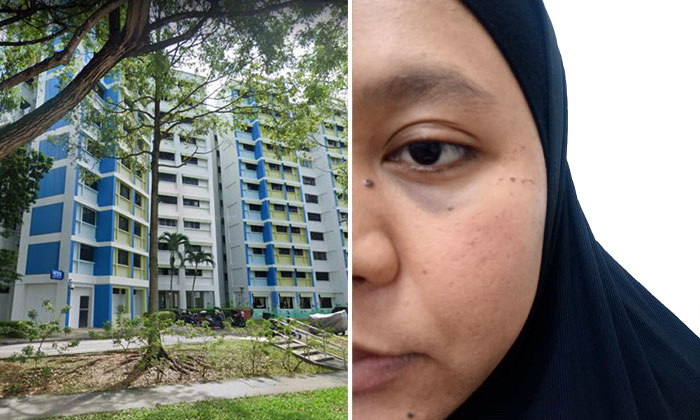 An altercation that allegedly occurred when three safe distancing ambassadors (SDAs) took photos of a family is now the subject of a police investigation.

Both sides have filed reports of their version of the events of March 8, The Straits Times has learnt.

In a Facebook post on Wednesday (March 16), the family claimed that they had approached the SDAs after one of them allegedly took photos of their two daughters, aged eight and 10, at a playground near Block 539 Woodlands Avenue 1.

They said a confrontation ensued and a man and his wife, who is nine months pregnant, were pushed.

The Housing Board (HDB) confirmed that there was an altercation involving its SDAs who were working in Woodlands.

HDB said its SDAs carry their passes with them so that they can identify themselves in the course of their duty.

"On March 8, three of our SDAs were on patrol and taking some pictures for routine reporting purposes, when they encountered two members of the public," it said in a Facebook post on Thursday.

It added that it is unable to comment further as the police are investigating the case, and urged the public to refrain from speculating on the incident.

Ms Maisurah Mohd Sanip, 34, had posted her account of the incident which she said occurred after her husband, who is a lifeguard, approached three SDAs to ask them about the photo taking.

The housewife, who also has a 12-year-old son, was not at the playground at the time.

During the exchange, she said, one of the SDAs allegedly shoved her 34-year-old husband. All three SDAs then left the scene, she added.

"My husband quickly came home and told me what happened. He then left to get his bicycle to follow them while I followed them on foot," she told The Straits Times.

She said she caught up with the SDAs at a traffic light near Block 536A.

Ms Maisurah said that when she started taking photos of them, one of them pushed her.

She said she managed to break the fall with her hands, but added that she felt a kick to her head. 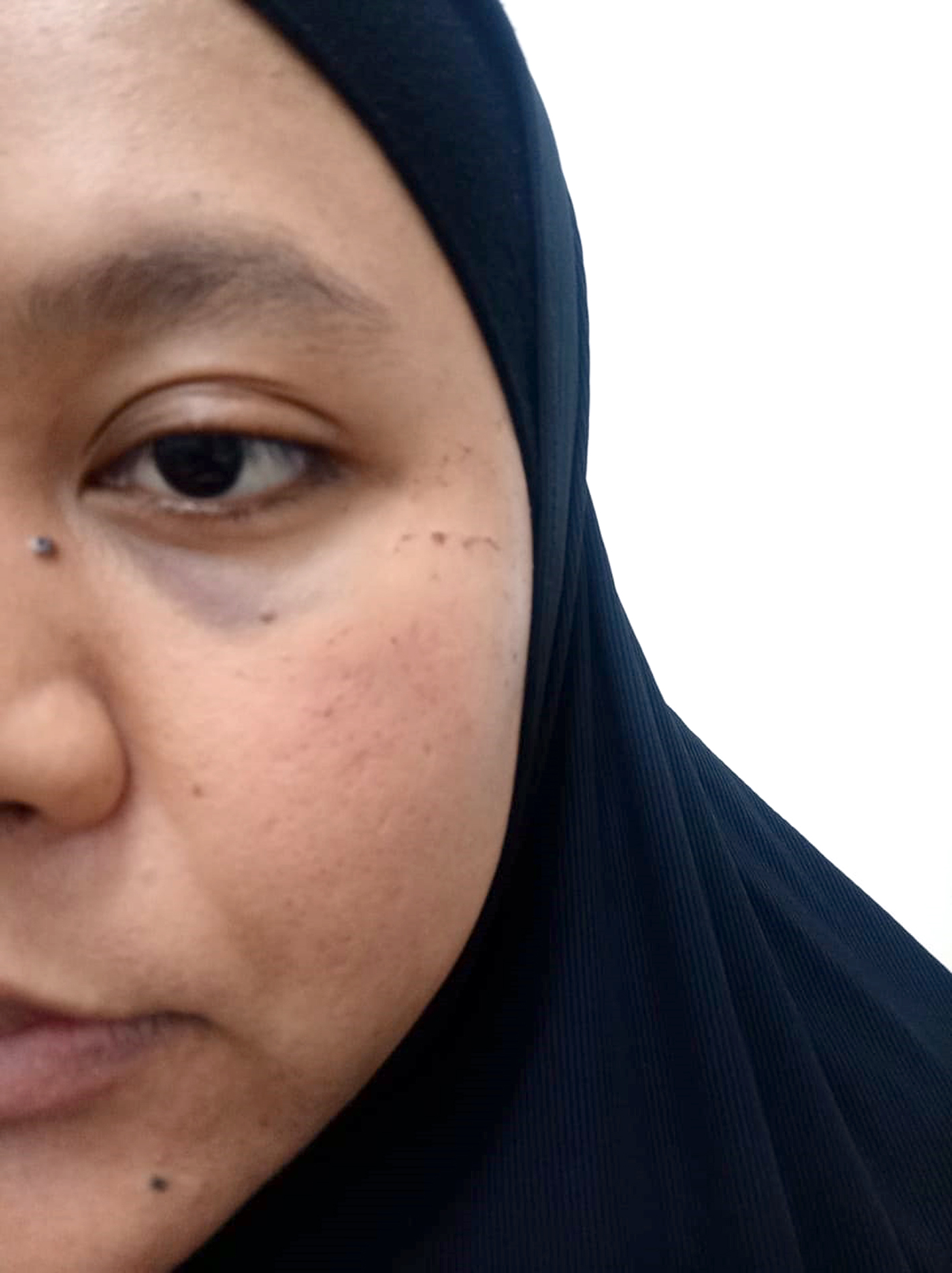 Ms Maisurah said she was left with bruises near her eye and a swollen cheek after the fall. PHOTO: COURTESY OF MAISURAH MOHD SANIP

"My husband then caught up with me on his bicycle and grabbed one of the SDAs as the other two ran off. He then called the police and made a report," said Ms Maisurah.

Ms Maisurah said she went to KK Women's and Children's Hospital on the night of the incident.

"Thankfully, the doctor said the baby is okay and a heartbeat could still be detected."

She added that she sustained bruises near her left eye and a swollen cheek after the incident.

Related Stories
Woman shouts at bus captain after being told to wait: 'I don’t need to listen to you!'
Unmasked man who abused cabby while drunk has resolved to give up alcohol forever
Police investigating 2 men who allegedly smashed plate and threatened staff at Punggol restaurant
More About:
dispute
assault
altercation
woodlands
kick