Widow left with $99 after life savings of over $54k wiped out in Viber scam, police investigating 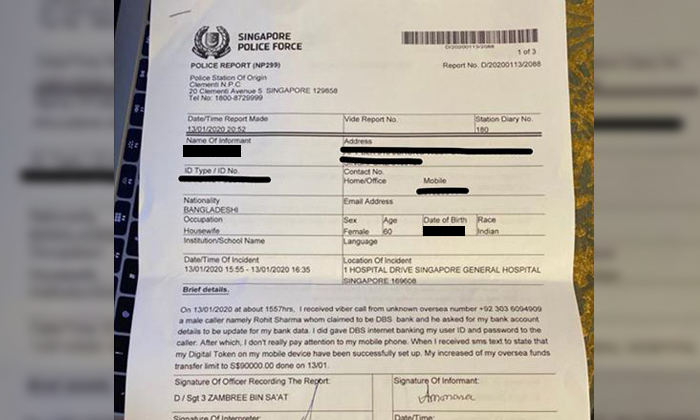 Police are investigating an incident where a 60-year-old woman had her life savings wiped out from her bank account after falling victim to a scam that was carried out via messaging platform Viber.

In a heartbreaking post on Tuesday (Jan 14), Facebook user Labina Fariah outlined how her mother, who is a widow, was duped by the scammer.

Calling for netizens not to judge her mother, Labina said she decided to share the incident in hopes of preventing others from going through the same ordeal.

She wrote: "This should be a warning to all of us who have parents, no matter how educated they might be, they can be lost in their own space too."

According to Labina, someone had called her mother on Viber and claimed to be from DBS Bank on Monday afternoon (Jan 13).

The caller told Labina's mother that "he was going to check on her account as he noticed that the account was being hacked".

Despite having some doubts and asking why the call was made via Viber instead of being from a local number, Labina's mother "fell for his words" and provided the caller with her bank card number and iBanking pin.

Labina recounted in her post: "I am shaking as I write this out but I have to get this out into the world. My mother's entire life saving were wiped out just with ONE SINGLE OTP and she was only left with SGD 99 dollars."

Labina's mother sensed that something was amiss when she received an email notifying her about a transfer of SGD 17,999.05.

Panic-stricken, she called Labina, who told her to go update her bank book.

According to Labina, the scammer was still on the phone at that point in time.

"She broke down and I am not sure how to make things right for her."

A police report was made on the same day.

Labina also said her mother breaking down "felt as if I were punched in my gut".

She wrote: "To many of us, the amount is small but my friends, that was my mother's life savings. It was all taken away from her within 30 minutes.

"I wish I were a better daughter who could walk up to her and tell her, screw it, I will just give it to you. I feel rotten..."

In her post which has garnered over 5,000 shares to date, Labina questioned how the huge transaction was allowed to go through despite its dubious nature. She also sought advice about blocking such transactions and retrieving the money.

A DBS spokesman told Stomp: "We would like to remind our customers to always be vigilant and never give out their personal security information, enter sensitive information into unknown websites, click on URL links originating from unknown sources, or reply to unsolicited SMSes, e-mails or calls.

"Please note that DBS/POSB will never request for our customers to download software, disclose their Internet Banking access credentials (such as username or password, OTP, Digital Token approval), or to conduct any fund transfers over the phone.

"Scammers are actively targeting bank customers in Singapore via automated calls, voice calls and SMSes, phishing for bank account and personal information that could lead to loss of money.

"To raise awareness, DBS has created a short video clip detailing the recent scam tactics and what customers should be aware of. 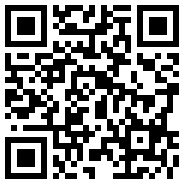 "Customers can scan this QR code with their mobile phones, which will take them straight to WhatsApp where they can share the video with their chosen recipients."

When contacted by Stomp, Labina said she was in the midst of speaking with DBS about the matter.

She added: "My mother's experience should be a learning point for so many vulnerable people."

In an advisory on Tuesday, the police warned members of the public about similar scams that targeted bank customers.

Besides the aforementioned Viber scam, other variants of the scam saw victims getting calls with an automated voice message purportedly from the bank, informing that their bank account had been locked or would be cancelled.

Victims were then asked to press a number and the call would be transferred to someone claiming to be a staff from the bank.

Another variant of the scam involved victims receiving an SMS message purportedly from the bank, informing them that their ATM card had been blocked or deactivated.

The victims were directed to call a specified number to reactivate their ATM card.

The police said that they have received at least 60 reports of such scams since January 2019, with total losses amounting to at least $1.6 million.