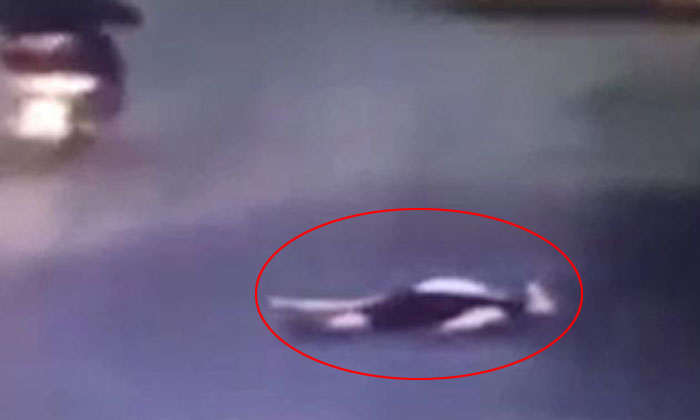 Imagine getting run over by a vehicle and left lying on a busy road, semi-conscious -- with none of the vehicles stopping to help.

This happened twice to a woman in southwestern China within a short span of two minutes.

According to a report by The Star, Zhang was first hit by a motorcyclist when she tried to cross a road amidst the heavy traffic in Leshan, Sichuan province, at around 7pm on Wednesday (Nov 2).

Surveillance footage from local authorities showed Zhang and and the motorcyclist falling to the ground from the impact of the collision.

About 10 seconds after, the motorcyclist picked himself up slowly and later checked on Zhang who was still lying on the ground in pain.

He then restarted his motorcycle and sped off right after doing so.

She was left lying on the road as dozens of vehicles drove past. None of the passers-by were concerned about her as well.

A minute after the incident, Zhang was run over once again by another motorbike, but this time, the motorist did not bother stopping.

A white van later pulls up behind the motorcycle stopped in front of Zhang, but also does not do anything to help the woman. Instead, the driver simply reversed slightly to create space to drive around her, and sped off.

A passer-by finally came to help Zhang only after her second hit.

The severity of Zhang's injuries and whether or not she was conveyed to a hospital remains unknown, but Zhang's family had mentioned that her condition was not critical on Thursday (Nov 3).

Investigations are still on going.