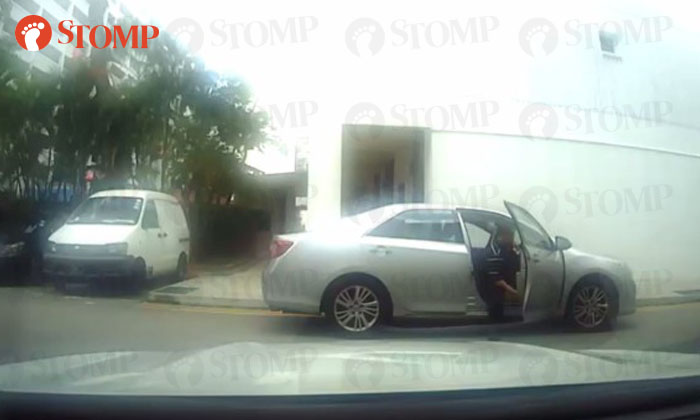 A driver was caught on camera parking along double yellow lines on the road near Block 116 Bishan Street 12 on Dec 2.

Stomper Catt, whose in-car camera captured the incident, said that she was dropping her son off at a tuition centre nearby at about 10.15am.

In the video, the driver is seen exiting his vehicle and walking away from it.

Motorists manoeuvre around the parked car, which was taking up one entire lane out of the two available.

The Stomper said: "He parked his car there and went to the nearby coffee shop for his meal.

"I think this is very inconsiderate and irresponsible.

"The worst part is that there are parking lots available, which he refused to park his car in."

According to the Highway Code, parking along the double yellow lines is not allowed.