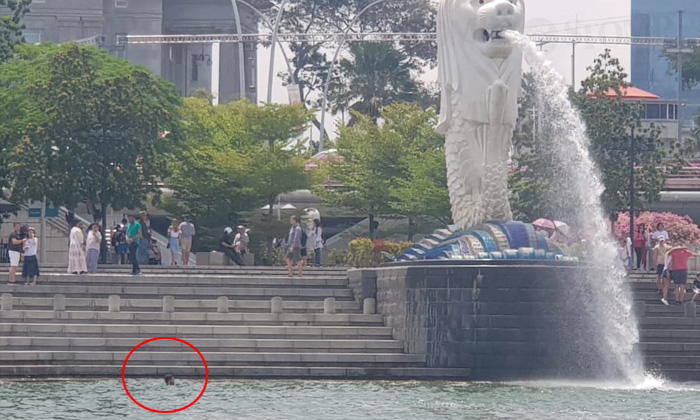 A man was spotted swimming in the Singapore River, in front of the Merlion statue, at the Merlion Park.

Stomper Sazali, a cruise boat operator, alerted Stomp to the incident and shared a photo.

Sazali, who took photos of the incident, said he forgot which day it was exactly when the incident occurred, but remembers that it happened at around 12pm.

In the photos, a man can be seen submerged in the water, with only his head visible above the surface of the water, in front of the Merlion statue.

He was also seen bare-bodied, with only his shorts on at the time.

People standing around Merlion Park can also be seen looking at the man.

"That was my first time seeing a man swimming in front of the Merlion statue," said Sazali.

"Is he trying to be an Oympian?

"I only saw the man for a brief moment as I was passing by on my boat."

Stomp understands that it is illegal to swim in the Singapore River.