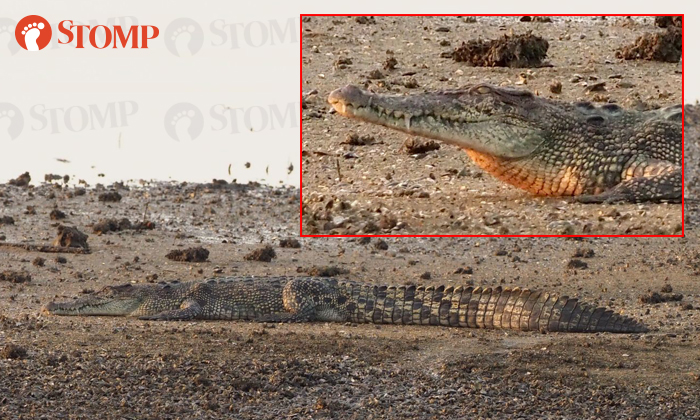 A woman encountered a surprise visitor at Woodlands Waterfront Park: A crocodile.

Stomper Wei, who usually visits the park to photograph eagles, spotted the crocodile during sunset on September 9.

Wei, who shared photos and videos with Stomp, said: "Someone else had seen the crocodile two weeks ago and I finally saw it that evening, at around 6pm.

"I feel that the public should be aware of this as it is common to see people bringing pails down here to pick cockles or mussels during low tide. We also have PAssion WaVe @ Sembawang where there are canoeing activities occasionally.

"As a wildlife animal lover, I do hope the crocodile will not be harmed. However, I am also worried about the public's safety."

"Maybe the National Parks Board (NParks) can put up signs to warn of crocodiles."

According to NParks, estuarine crocodiles are internationally classified as endangered. 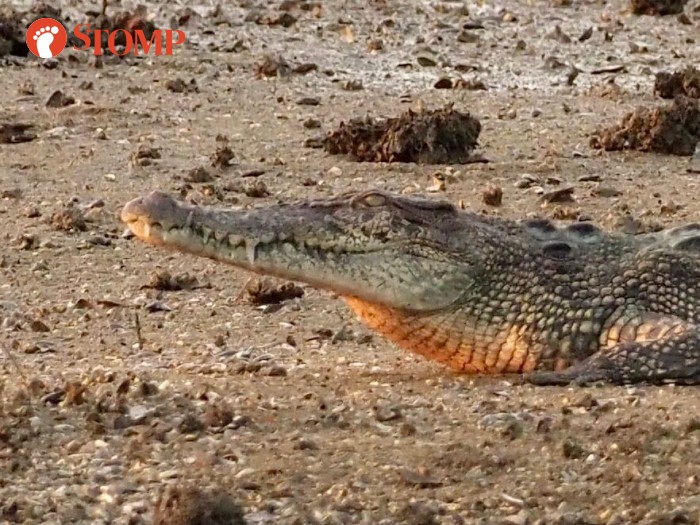 They are usually found in the water or at the mudflats away from visitor routes, but may come onto land to bask in the sun. They can become aggressive and attack, especially when provoked, whether on land or in water.

"Warning signs and advisory notices have been posted at areas where these animals are most often seen," said NParks.

"Visitors should heed these signs, which advise the public to stay on the visitor routes and not venture off the designated paths."

Those who encounter a crocodile are encouraged to stay calm and back away. Do not approach, provoke or feed the animal.

More information on estuarine crocodiles can be found on NParks' website.