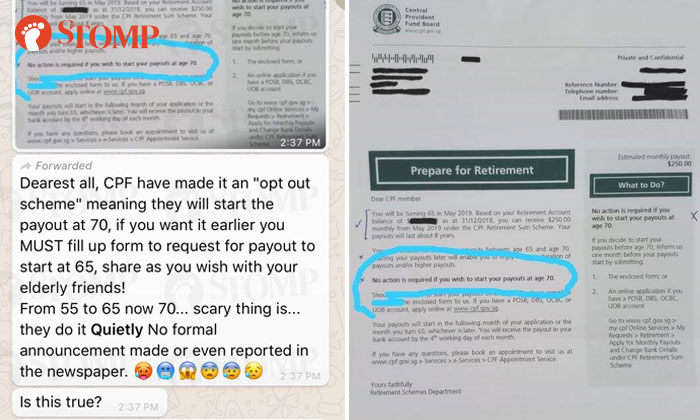 The Central Provident Fund (CPF) Board clarified that a message circulating online alleging that the Government had quietly shifted the "retirement payout age" from 65 to 70 is wrong.

Several Stompers alerted Stomp to the message that had gone viral on social media, claiming that the Government had secretly raised the payout age from 65 to 70. 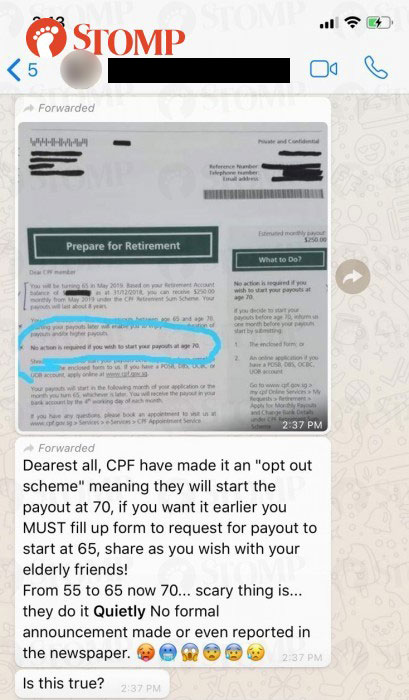 In a statement posted on Facebook on Saturday (Jan 19), the CPF board said that the payout eligibility age for the Retirement Sum Scheme is 65 for those born from 1954 onwards. This has not changed since it was announced in 2007.

The confusion arose from a letter CPF sends to its members who are approaching their eligible payout age. 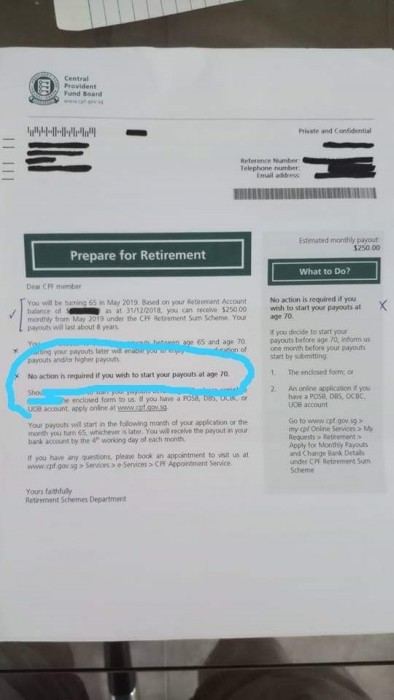 Some members of the public assumed that the payout age had been moved to 70 from a sentence in the letter that read: "No action is required if you wish to start your payouts at age 70".

One of the facts CPF shared stated that it had introduced the automatic starting of payouts for members turning 70 from Jan 2108 onwards, "to simplify the activation process for members so they can start to enjoy a retirement income from their CPF savings".

Previously, if members did not apply to start their Retirement Sum Scheme payouts from age 65, the payouts would not start at all as there was no automatic start age for payouts.

Related Stories
Changi Airport tarmac flooded? Nah, video was taken in Mexico in 2017
Vehicles stuck in flooded tunnel said to be in S'pore? It happened in Malaysia
Nestlé Singapore: Video of men packing "fake Milo" is old Malaysia incident, no cause for concern
More About:
cpf