Lawyer lured assistant to hotel room, hugged and kissed her before stopping her from leaving 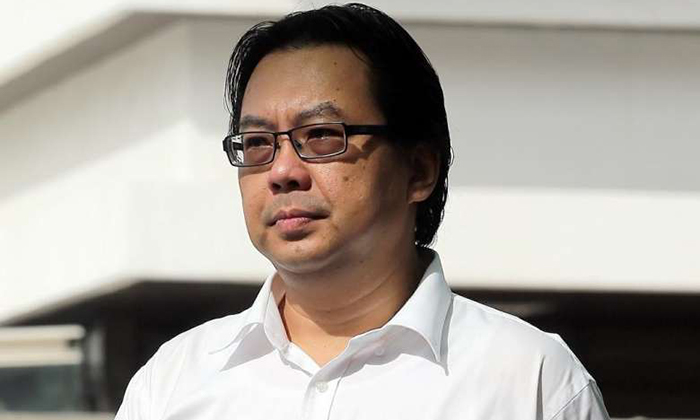 Under the pretence of gathering evidence for a negligence case, a lawyer lured his assistant to a hotel room, where he made an indecent proposal, suggesting that they "have an affair".

Mr Ismail Atan hugged and kissed the 28-year-old married woman against her will and physically restrained her from leaving.

When she tried to make a run for it, he grabbed her handbag and snatched away the key card.

He forced her to kiss him before he agreed to let her leave.

As he drove her back to the office, he continued to suggest that they have an affair.

The July 2013 incident left the woman so anxious, she did not go to work for the next few days and eventually resigned six days later, citing "intolerable sexual harassment" by Mr Ismail.

She also made a police report.

He was cleared of the criminal charge last year after the woman accepted his offer to compound the matter for a $3,000 compensation and a letter of apology.

The law allows certain minor offences, including simple molestation, to be settled out of court if the victim agrees to drop the matter in return for some form of compensation.

However, disciplinary proceedings were launched after the Attorney-General complained to the Law Society about his conduct.

Earlier this month, a two-member disciplinary tribunal found Mr Ismail guilty of grossly improper conduct by luring his subordinate to the room and taking unfair advantage of her.

In his defence, the lawyer said he had to take a room at the VIP Hotel in Balmoral Crescent to gain access to the second floor so that he could fully understand the layout of the hotel.

He was representing a woman who was suing the hotel for negligence after she suffered a serious fall in the lobby.

However, in its report released on Friday (Dec 30), the tribunal dismissed his claim. The tribunal pointed out it was "clearly unnecessary" for him to investigate the second floor as the fall had taken place in the lobby.

Mr Ismail also alleged that the victim had likely resigned because she knew she would not be appointed as a paralegal.

But the tribunal noted that this contradicted his own letter of apology, which clearly shows that an incident of physical contact took place in the room.

The tribunal found the case serious enough to be referred to a Court of Three Judges, the highest disciplinary body for the legal profession, which has the power to suspend or strike lawyers off the rolls.