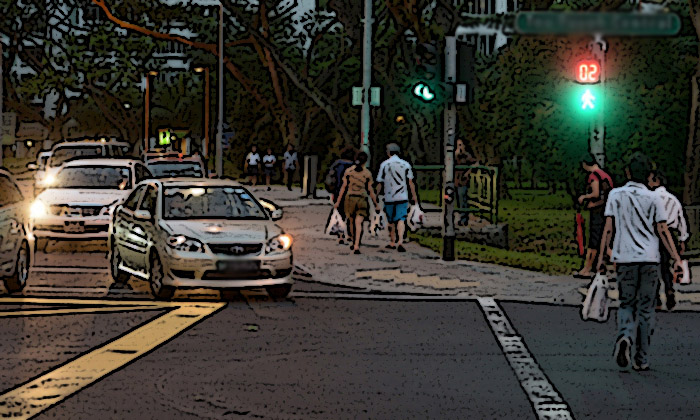 A former part-time deliveryman who failed to keep a proper lookout and caused the death of an elderly pedestrian was sentenced to two weeks' jail and banned from driving for five years on Thursday (June 23).

Tan Siam Yong, 67, was convicted on June 1 after a two-day trial of causing the death of Mr Chia Joo Leng at the cross-junction of Bishan Street 11 and Street 12 on Feb 16 last year.

He was making a right turn from Bishan Street 11 when his lorry hit the 79-year-old pedestrian, who was crossing Bishan Street 12 near the signalised pedestrian crossing. Mr Chia died in hospital three hours later.

Tan, defended by Mr Gurdip Singh, had chosen to remain silent when his defence was called. He had cited contributary negligence on the part of the pedestrian.

Deputy Public Prosecutor Jason Nim said the evidence showed Tan had seen Mr Chia at a very late stage of the right turn he was executing, and when a significant amount of time had elapsed from the time he had first started to make the turn and when Mr Chia had begun to cross at the pedestrian crossing.

The prevailing conditions and surrounding circumstances were such that there was no reason for Tan not to have noticed the pedestrian had he been keeping a proper lookout.

Mr Chia was already on the pedestrian crossing when he was struck. Police found brake marks measuring more than 1m long in the crossing zone.

District Judge Lim Tse Haw accepted the prosecution's case that Tan had failed to keep a proper lookout when executing the right turn.

The maximum punishment is two years' jail and a fine for causing death by doing a negligent act.