Cosmetic doctor drugged male patient, molested him and took over 20 photos of his private parts 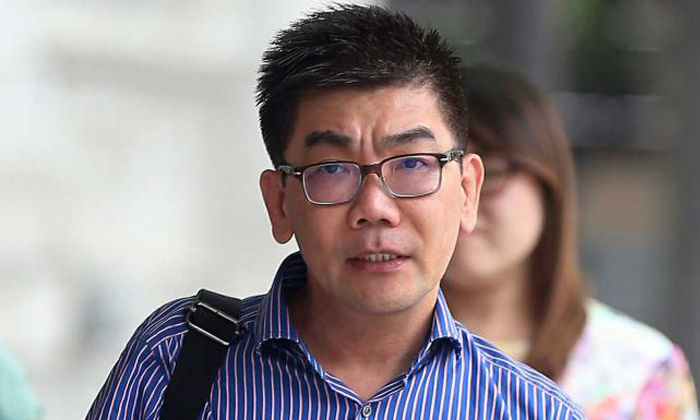 An aesthetic doctor, who was convicted last month of molesting a male doctor and administering stupefying drugs on the 33-year-old patient to commit the offence, was sentenced to 42 months' jail on Thursday (July 28).

Tan Kok Leong, 50, was convicted after an 18-day trial of twice administering Dormicum and Rosiden on the Malaysian doctor in the course of a liposuction procedure at Oasia Hotel, Sinaran Drive, on July 5 and 6, 2013, and using criminal force to outrage his modesty on those two days.

Bail of $40,000 was allowed pending Tan's appeal against conviction and sentence.

Tan, who has been in practice for more than 25 years, claimed in his defence that the acts were committed for clinical purposes. He also said the patient had given his consent for him to carry out the acts in question.

But in his brief oral grounds, District Judge Siva Shanmugam found that the defence of consent was not made out.

As for the outrage of modesty offences committed while the victim was sedated, the judge said an inference could be drawn that Tan had administered the stupefying drugs on July 5 and 6, 2013 to the victim with the intention of molesting him.

Deputy Public Prosecutor Alan Loh and Assistant Public Prosecutor Thiagesh Sukumaran had sought a deterrent sentence of at least five years and eight months to send a strong signal to medical professionals who might be planning to use sedation to commit offences.

DPP Loh argued that Tan had touched the victim's private parts multiple times over the course of two nights.

He said the doctor-patient relationship between the two induced the victim to have unbridled trust in Tan and to believe that the latter was administering Dormicum for pain relief.

He said Tan had abused his relationship with the victim for his own gratification.

More than 20 photographs were taken which were a "gross invasion of the victim's privacy", said DPP Loh. It was fortunate that Dr Gerald Tan, then Tan's partner at Life Source, discovered the photographs and immediately reported to the victim, who subsequently lodged a police report.

Judge Shanmugam agreed with the prosecution that there were numerous aggravating factors in this case. He said the offences were pre-meditated. The victim, who had regarded Tan as his mentor, was vulnerable and defenceless as a result of being sedated by Tan, he said.

He found that Tan had not shown any remorse and subjected the victim to a series of scandalous allegations. The victim had stated that he suffered financially and psychologically as a result of the incident.

Judge Shanmugam also said that Tan had abused the victim's faith by sedating him in a hotel room where the procedure was done without proper monitoring, or resuscitative equipment available, which was inappropriate and extremely dangerous.

Tan's lawyers Edmond Pereira and Vickie Tan said in their mitigation plea that Tan travelled frequently to several countries to conduct workshops, seminars and lectures before his conviction. He was active in charity work and had cooperated throughout the investigations and during trial proceedings.

The maximum punishment for outrage of modesty is two years' jail, a fine and caning. For administering stupefying drugs, the maximum is 10 years' jail and caning. Tan escapes caning as he is above 50.