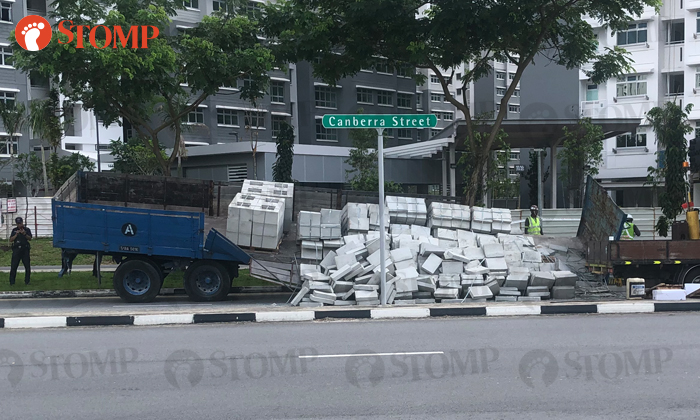 A truck tipped over along Canberra Street last Wednesday (Dec 4), at around 6.30am.

Stomper Evan, who shared a photo of the incident, said: "A Malaysia-registered truck that was carrying concrete slabs tipped over and resulted in police closing off two lanes of the road."

In the picture submitted by Evan, concrete slabs can be seen spilling out of the damaged truck and falling onto the road.

Similar photos were also posted in the Kampung EastBrook @ Canberra Facebook group by a netizen, who said that bus service 883 was unable to pass through the street. 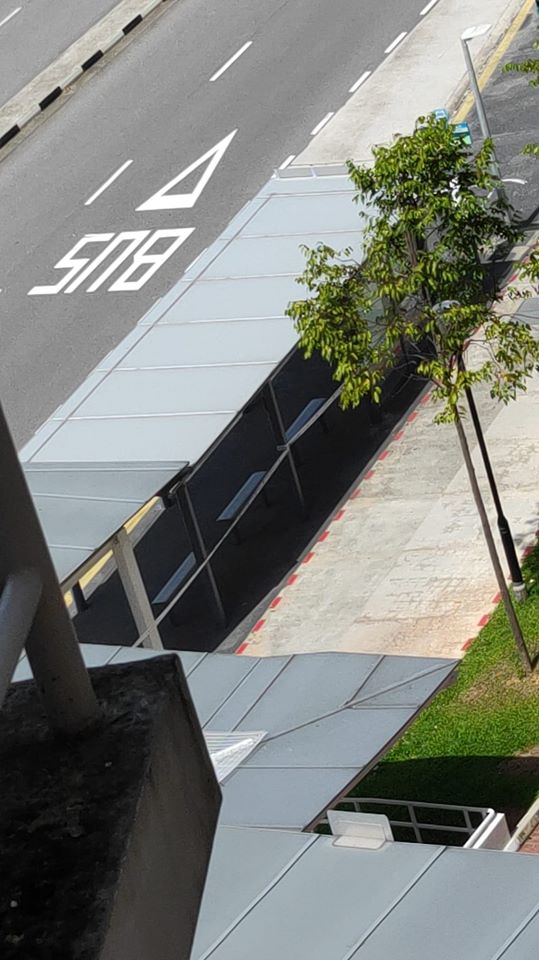 One resident commented: "Some of us were waiting at the bus stop for a while... Wondering why the bus never came."

The Land Transport Authority announced the road closure in a tweet at 7.58am.

Another resident later said in the Facebook thread that roads were clear again as of 2pm.