Chow Yun Fat says he's a flirt and '90% of my movies are bad', opens up about stillborn child 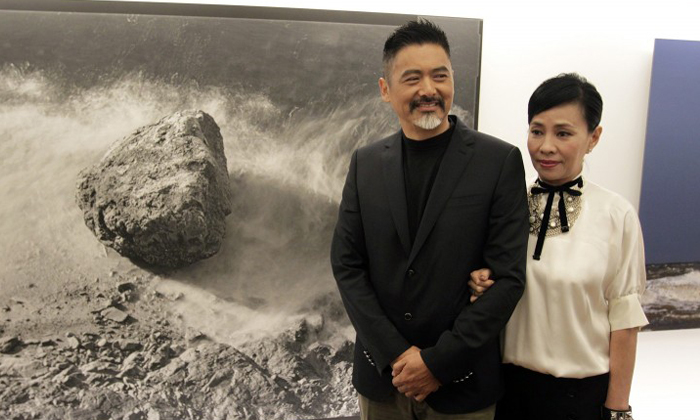 Chow Yun Fat is known to be one of Hong Kong entertainment's most faithful husbands, so it may come as a surprise to hear that the 63-year-old actor considers himself a flirt.

Chow recently appeared on A Date With Luyu, a popular television talkshow in China. In the interview with host Chen Luyu, seen as China's answer to US talkshow queen Oprah, Chow touched on topics like his work and movies, but also on his personal life.

Chow revealed that he's someone who appreciates beautiful women, and while he has romanced many women onscreen, he said his feelings put into the roles were often real.

The veteran actor added that with the rigorous filming schedules, it felt like Cheng was the first person he saw the moment he woke up for two years. Their relationship was 'sweet', says Chow, and even though they were friends, they felt as close as a couple would.

But asked pointedly on who's the love of his life, Chow replied that it's both his mother and his wife.

Chow has been married for 32 years to Singaporean Jasmine Tan. The couple have no children.

The interview also touched on the Chows' loss when their daughter was stillborn in 1991. The unborn baby died due to strangulation from the umbilical cord when Tan was 9 months pregnant.

In contrast to his wife, who had a hard time getting over the loss, Chow said he bounced back relatively quickly.

"Two people being sad is not going to help things, so I just tried my best to encourage my wife every day."

He also regularly took walks and hikes to cope with the stress.

But more importantly, Chow says it's his happy-go-lucky personality which sees him through tough times.

"I'm someone who's especially positive. I don't take anything too seriously."

On his movie career, Chou candidly admitted that he didn't mind being considered 'box office poison' during his early years.

"I feel like every movie has a life of its own. It doesn't mean that if I act well, the audience will like the movie.

"90 per cent of my movies are bad, but even then, as an actor I have to do my best and fulfil my role. Because the director is dependent on me to deliver the scenes required, and after the job is done, I can get my salary," said Chow.

He joked: "It's not easy to be a lousy actor in a terrible movie, you know."

But one thing Chow would not do, is work in a film for free, even one that is guaranteed to win awards.

"Getting paid is due process and part of the rules. Everyone should play by the rules, even if the real motivation and interest is in the acting."

His view? Movie-making is a business, not art: "Hong Kong is a realistic place, you act and hope it will bring returns at the box office. So one should just follow this path and not think too much."