Chinese national fined $17,000 for illegally importing $2,000 worth of meat products 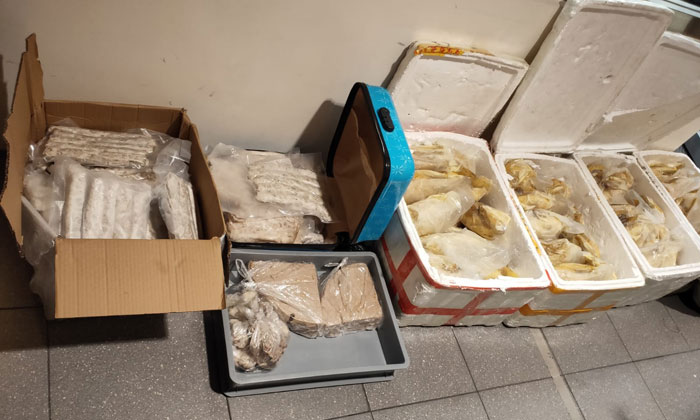 A Chinese national was fined $17,000 on Feb 10 for illegally importing around 153kg of assorted meat products from China without a valid import licence.

The Singapore Food Agency (SFA) said in a statement that the meat products included pork sausages and frozen chicken and were meant to be distributed to his relatives and for his own consumption.

They were detected in luggage belonging to Su Zhiwei by Immigration and Checkpoints Authority (ICA) officers on Jan 27, while screening passenger luggage at Changi Airport Terminal 1.

The case was referred to SFA for subsequent investigation.

The products, worth about $2,000, were seized and destroyed.

SFA said food imports in Singapore must meet SFA's requirements. Food can only be imported by licensed importers, and every consignment must be declared and accompanied with a valid import permit.

"In addition, meat and meat products can only be imported from accredited sources in approved countries that comply with Singapore’s food safety standards and requirements."

Travelers and consumers, including those bringing in food for personal consumption by parcel post, should refer to SFA's website for the full list of food items allowed: https://www.sfa.gov.sg/food-import-export/bringing-food-for-personal-use

Offenders who import meat products illegally may be fined $50,000 and/or jailed up to two years.