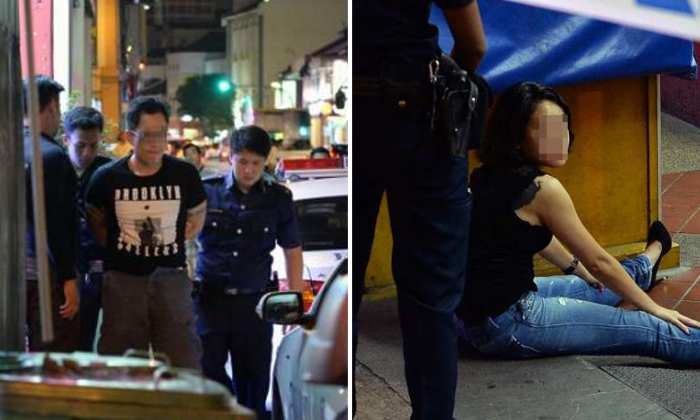 A gang of thieves botched their getaway when they tried to fence their loot at the scene of the alleged crime in Geylang on Monday (Sept 19), Chinese evening papers reported.

The chain of events began on Monday afternoon, when an Apple iPad Pro, said to be worth $1,188, was stolen from a mobile phone retailer in Geylang Lorong 14.

A staff member who was identified as Mr Li, 25, told Lianhe Wanbao that two men entered the store around 2pm. One of them feigned interest in the phones for sale, while the other made off with the iPad sitting on a counter.

Mr Li said that he notified other stores in the area as soon as he discovered the theft, but did not keep his hopes up for the iPad's return.

"The thieves would probably have sold it online or taken it somewhere else," Mr Li was quoted as saying.

"I didn't imagine they would actually be foolish enough to bring it back to sell."

According to Shin Min Daily News, the two men returned to Geylang with a female accomplice and tried to fence the stolen iPad around 6pm on Monday - at a store barely 10m away from Mr Li's.

Staff there tipped Mr Li off, and he headed over with several co-workers.

When confronted, however, one of the men drew a weapon, which Mr Li described as a 25cm vegetable knife.

He was overpowered and seized by staff.

The woman and the other man fled the scene, but were later apprehended by police.

In response to media queries, a police spokesman said that the police was called in at 6.46pm to a case of theft at 242, Geylang Road.

The Singapore Civil Defence Force dispatched two ambulances to the scene but both men, who sustained minor injuries, refused to be taken to hospital.

Three arrests were made and investigations are ongoing, the police said.