Cabby slammed cat onto floor, causing its death -- because it soiled his mattress 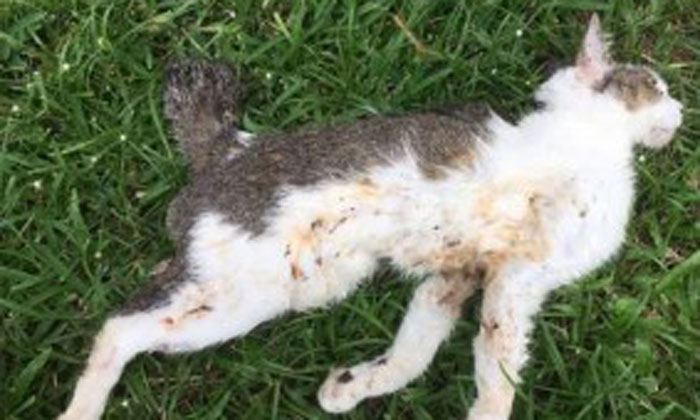 A 58-year-old man was sentenced to a jail term of eight weeks for causing a cat to suffer serious head and lung injuries, resulting in its death.

In a press release, the AVA said that they were alerted to an alleged animal cruelty case at Ang Mo Kio Avenue 4 on Mar 14 this year.

Ow had admitted to throwing a stray cat on the floor before throwing it down a rubbish cute from his residence.

After conducting a post-mortem on the cat's carcass, it was revealed that the cat suffered an external traumatic incident (blunt force trauma mainly directed at the cranium of the cat), which caused its death.

According to The Straits Times, Ow was furious when he returned home from work one day and found cat faeces and urine on his mattress.

On Mar 14, he heard a cat meowing and saw the stray cat run out from the television console in his living room before hiding below a metal rack in his kitchen.

He threw the cat onto the floor once before it ran to hide in the kitchen toilet.

After it ran out again, he caught it by its hind legs.

However, the cat turned around and bit the accused's right hand. Out of fear, the accused then threw the cat onto the floor again," said Agri-Food and Veterinary Authority prosecutor Yap Teck Chuan.

He then picked up the cat and threw it into the rubbish chute before leaving his home to buy medicine for his injuries.