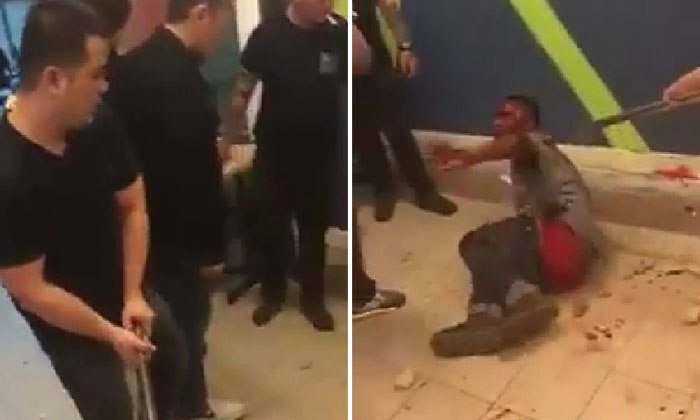 A video of a man being violently beaten with metal poles, after allegedly being caught in the act of stealing in Sarawak, has sparked heated debate among netizens.

The clip was posted on the JB Broke Facebook page.

It shows a group of men repeatedly hitting a man with metal poles.

The man has blood pouring from his wounds, but and begs for the men to stop but they continue to bash him.

The caption for the video states that the man and two others arrived in a car with long knives and even threw a home-made bomb.

His companions ran away, but the man was reportedly caught by the group and beaten up.

Netizens were torn in their views of the beating he received.

Some argued that the man deserved it for what he allegedly did.

Others argued that even if he was a robber, the men should have just subdued him and handed him over to the police.

What are your views on this?