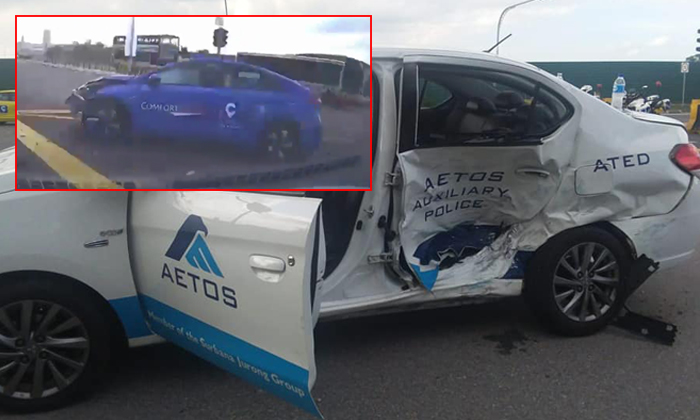 Security firm Aetos is investigating an incident in which video footage of an accident involving one of its auxiliary police cars was leaked onto social media.

A video of the accident, which occurred at around 4.30pm on Feb 15, was uploaded by Facebook page SG Road Vigilante on Monday (Mar 2).

The video was recorded by a dashboard camera in the auxiliary police car.

In the one-minute clip, the car can be seen making a right turn when a ComfortDelGro taxi crashes into the side of the car.

Both parties are sent reeling from the impact and the taxi, which has passengers on board, ends up mounting a kerb, where it hits a tree.

A photo posted by SG Road Vigilante shows the car with a dent after the crash. 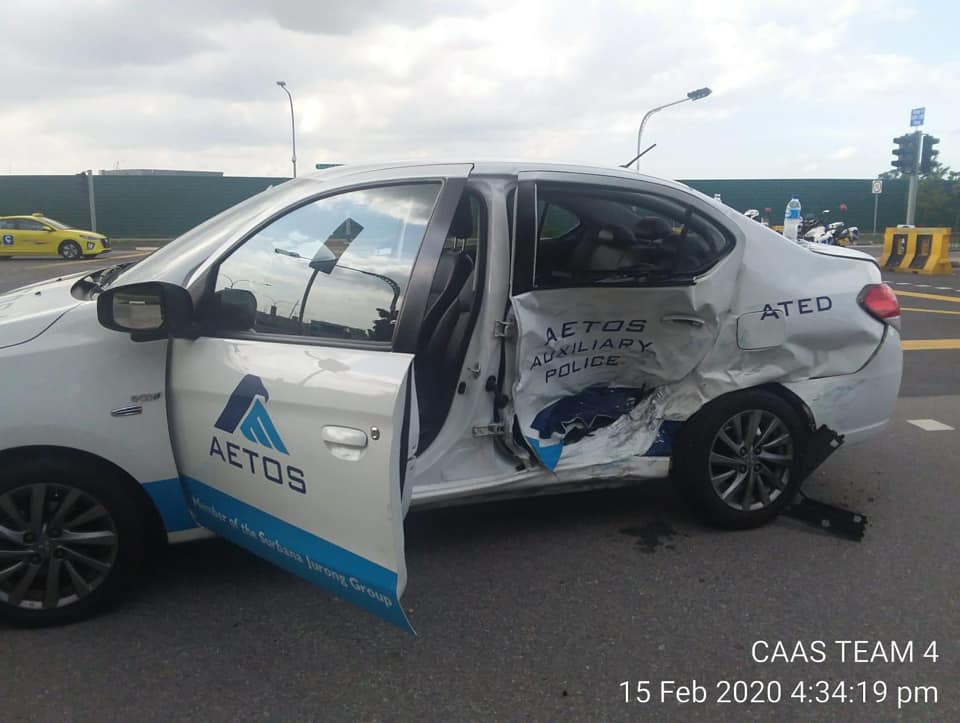 In response to queries, a spokesman for Aetos said it is currently conducting an investigation into the matter as "the footage in question was obtained from its vehicle's dashboard camera and subsequently leaked onto social media."

"This is a breach of confidentiality and a police report has been made," added the spokesman.

"More importantly, all personnel involved in the incident are safe.

"Aetos takes a very serious view of our officers' conduct and they are expected to comply with all laws and regulations.

"Should any officer be found to have breached any laws or regulations, the appropriate disciplinary action(s) will be taken."