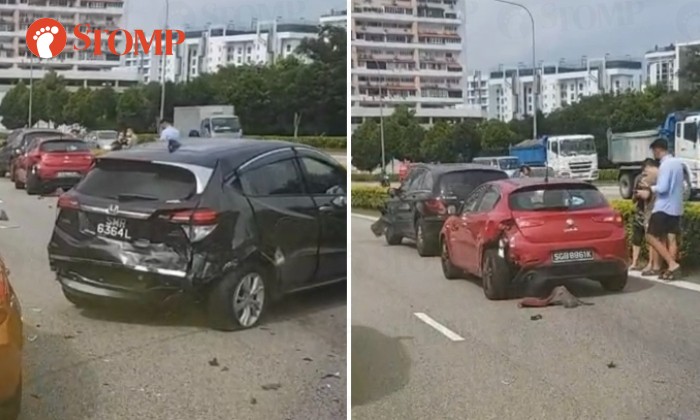 A 9-year-old girl was taken to hospital after an accident involving three cars and a trailer along the Pan-Island Expressway (PIE) towards Changi Airport on Thursday (Sep 17).

Stomper Freddie alerted Stomp to the accident and sent a photo and a video of what he saw.

In the video, one red car and two black cars can be seen stopped at the side of the road.

"The accident happened on lane one," said Freddie.

"It seemed to have caused a jam that stretched all the way back to Jurong Town Hall."

In response to a Stomp query, the police said they were alerted to the accident at 4.01pm.

"A 9-year-old girl, who was a passenger of one of the cars, was conscious when conveyed to KK Women's and Children's Hospital," said a police spokesman.