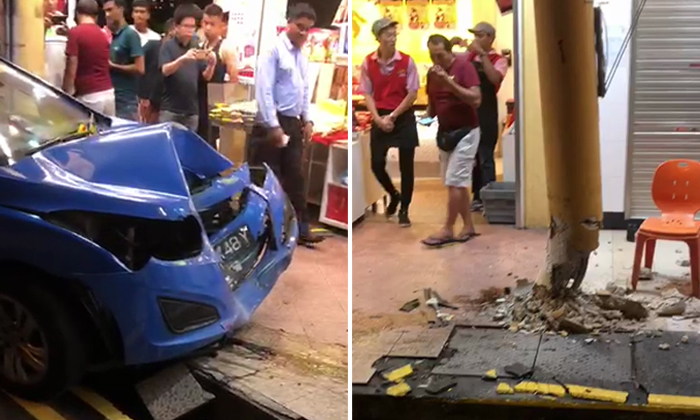 Three men were injured after an accident involving a ComfortDelGro taxi and a pedestrian along Lorong 23 Geylang on Friday night (June 22).

A video of the crash site has been circulating on social media and several Stompers shared it with Stomp.

In the video, a damaged pillar can be seen with debris strewn around it.

The taxi, which had mounted the kerb, had its bonnet smashed in. The cabby was still seated in the vehicle.

In response to a Stomp query, the police said they were alerted to the accident at 10.10pm.

"Three men, aged between 41 to 66, were conscious when conveyed to Tan Tock Seng Hospital," added a police spokesman.