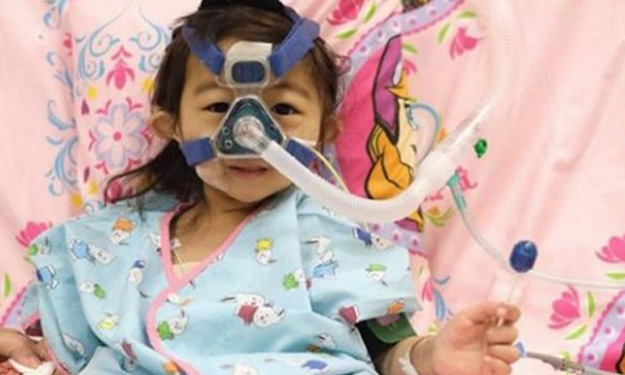 Three year-old Caitlin Soleil Lucas, who came to Singapore to seek treatment for a "mystery disease" that turned out to be leukaemia, has died.

Just before noon on Thursday (March 31), her parents posted: "Today our daughter has gone to Jesus already" on her Facebook page, Courageous Caitie.

This was followed by the family's last picture together.

Caitlin's illness first surfaced in September last year as insect bites on her ankle. These later turned into lesions that spread across her body.

The family flew from Manila to Singapore in February after doctors in the Philippines were unable to diagnose her condition.

In early March, doctors at the National University Hospital confirmed that she had juvenile myelomonocytic leukaemia, a rare and serious condition.

Before Caitlin died, her family took her to the Singapore zoo, as she loved animals.

"I miss you Caitie," her parents posted several hours after announcing her death. "But I'm glad we were able to give you a great family memory here on earth."

Her family will be holding a wake for her on Thursday night. They will fly her body home to the Philippines on Friday, and hold another wake there before cremating her on Sunday.