Realife: Stigma, injury and prison did not kill my passion for breakdancing 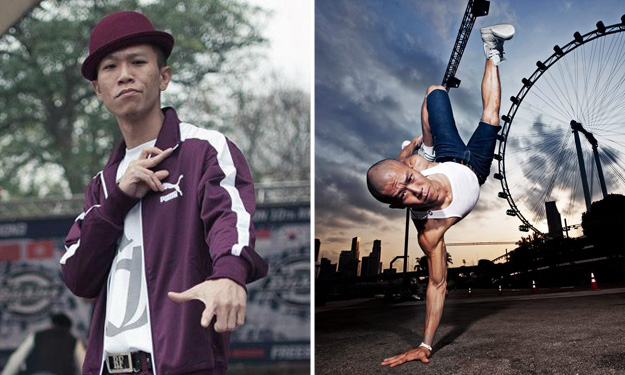 Since he started breakdancing, or 'breaking' as it is more commonly known in the hip-hop scene, Felix Huang has established himself as one of Singapore's most prominent b-boys.

The 35-year-old first picked up breaking in 1998. Two years later, Felix was recruited into 'Radical Forze Crew', one of Singapore's pioneer breakdance groups. Since then, he has honed his craft as a b-boy and eventually made a name for himself both locally and internationally.

These days, Felix spends most of his time running 'Recognize Studios', a dance studio he opened in 2010. He is also one of the key people behind the Radikal Forze Jam, one of the biggest dance festivals in the Asia-Pacific that takes place annually in Singapore.

Felix's path to success however was far from easy. He had to overcome numerous obstacles throughout his career as a b-boy and dance studio business owner.

Felix's parents were initially quite reserved after finding out that he wanted to pursue breaking full-time. As with most parents with children in the arts industry, one of their concerns was whether dancing can help put food on the table. Nonetheless, they gave Felix their support.

In 2010 Felix sustained a career-threatening injury as he was in the midst of opening Recognize Studios. While executing a breakdance move, he landed in an uncomfortable position and fractured his ankle. He was deeply affected not just by the injury itself but its timing as well. For a b-boy starting a business specialising in dance classes, the injury could not have come at a worse time.

In 2013, Felix was charged and jailed for two weeks after a brush with the law. Although he dreaded the time he spent in prison, Felix cherished the lessons he has learnt from the bad episode and acknowledged that they have helped him run his business better.

Despite the adversities he has faced throughout his career, Felix has remained steadfast. Other than dedicating his time to running the studio, Felix also has plans to improve the breaking scene in Singapore.

In a recorded interview with Stomp, Felix talks about some of the stumbling blocks that he had to overcome throughout his career as well as interesting snippets about his life as a b-boy. In a second video, he introduces some of the jargons used by b-boys and b-girls in the hip-hop scene.

Take a look at the videos below.