Victoria and David Beckham pay $40,000 a day to the taxman 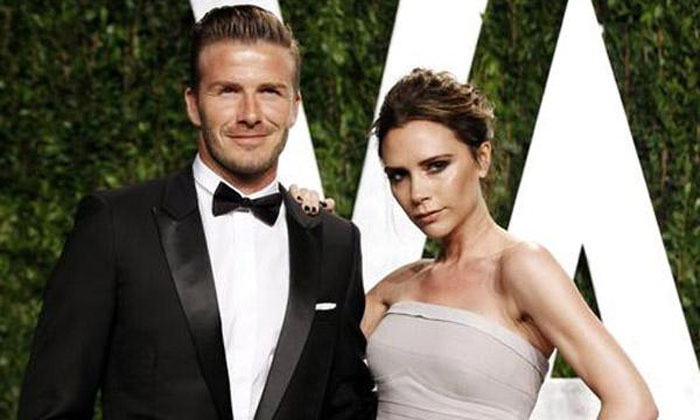 The former footballer and fashion designer channel their income through Beckham Brand Holdings, the financial figures of which are filed with British business registration agency Companies House.

Beckham Brand Holdings encompasses both her fashion label and his image rights.

Their accounts show that their firm made a total of £47.2 million over the course of the year, according to Sky News.

In total, £36.9 million came from the fashion business, while £10.2 million was from the sale of the footballer's image rights.

The Beckhams each had an £11 million payday from their company - despite her fashion label making big losses, said the Mirror. Her high-end clothing brand is making multi-million pound losses and is £21 million in debt, the Mirror said..

But David's firm and the parent company have given guarantees to the bank that they will repay millions of borrowings if needed.

The Mirror said the couple paid themselves the same generous dividend over two years - equivalent to more than £30,000 a day - from Beckham Brand Holdings. The profit total marks a significant jump from the £10 million Beckham Brand Holdings made the year before, said Sky, and the documents outline hopes for further growth in 2016 by expanding 42-year-old Victoria's fashion label - either through opening new stores or extending the range of products being offered to customers.

The business has already launched collaborations with Estee Lauder for a Victoria Beckham make-up collection, and with US retailer Target for an affordable clothing collection, due to go on sale this spring.

The couple have been married since 1999 and have four children together - sons Brooklyn, Romeo and Cruz and daughter Harper. Earlier this week, Beckham revealed on BBC Radio 4's Desert Island Discs that the couple had renewed their marriage vows.

"People have talked about 'Do we stay together because it's a brand?' Of course not," the 41-year-old told interviewer Kirsty Young, according to Reuters.

The former Manchester United and England footballer said the early stages of their relationship were conducted in his new BMW in the far-from-posh setting of a car park at a Harvester, a popular chain of pubs in Britain.

"We used to kiss, of course, and just spend time together," he said. Beckham was the guest for the 75th anniversary of Desert Island Discs, a show that asks a "castaway" to pick eight recordings to keep them company on an imaginary uninhabited island.

He failed to pick any Spice Girls' hits though.

He said his first two song choices, Every Time We Say Goodbye by Ella Fitzgerald, and What A Fool Believes by Michael McDonald & the Doobie Brothers, reminded him of his grandfather and father. He said his dad would analyse every football game he played from the age of seven.

"I knew that my dad would be proud of my achievements, but the only time my dad turned around to me and said, 'You know what son you've done really well', was when I got my 100th cap for England," he said.

Beckham, who played for Real Madrid, LA Galaxy and Paris Saint-Germain before retiring in 2013, said he would take his England caps - awarded for appearances - as the one luxury granted to each castaway.

His tracks also included The Girl Is Mine by Michael Jackson and Paul McCartney, dedicated to his daughter Harper, the youngest of his four children.