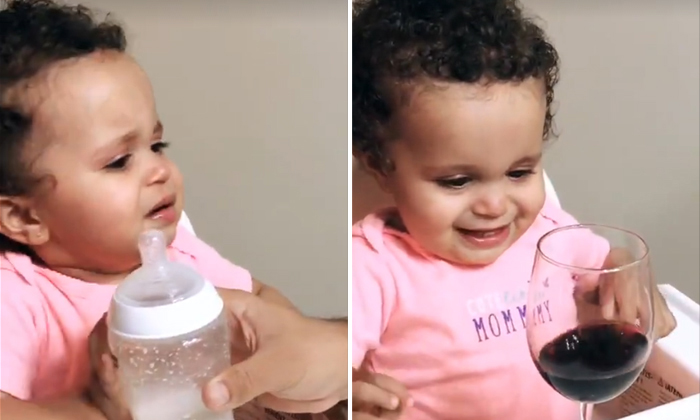 After a long day at the office, there is nothing better than lazing on a couch with a glass of wine in hand, and this adorable toddler could not agree more.

Abigail Aybar refuses to have anything to do with food, toys, or milk until she has had her nightly glass of good wine.

Abigail’s mother, Yssel Jáquez posted the hilarious video on Facebook on January 29 and it has gone viral since, garnering over 704,000 views.

In the video below, Abigail’s father, Rafael Aybar, tried giving her juice to no avail.

He switched the cup out for a glass of wine as a joke, and Abigail's reaction was priceless.